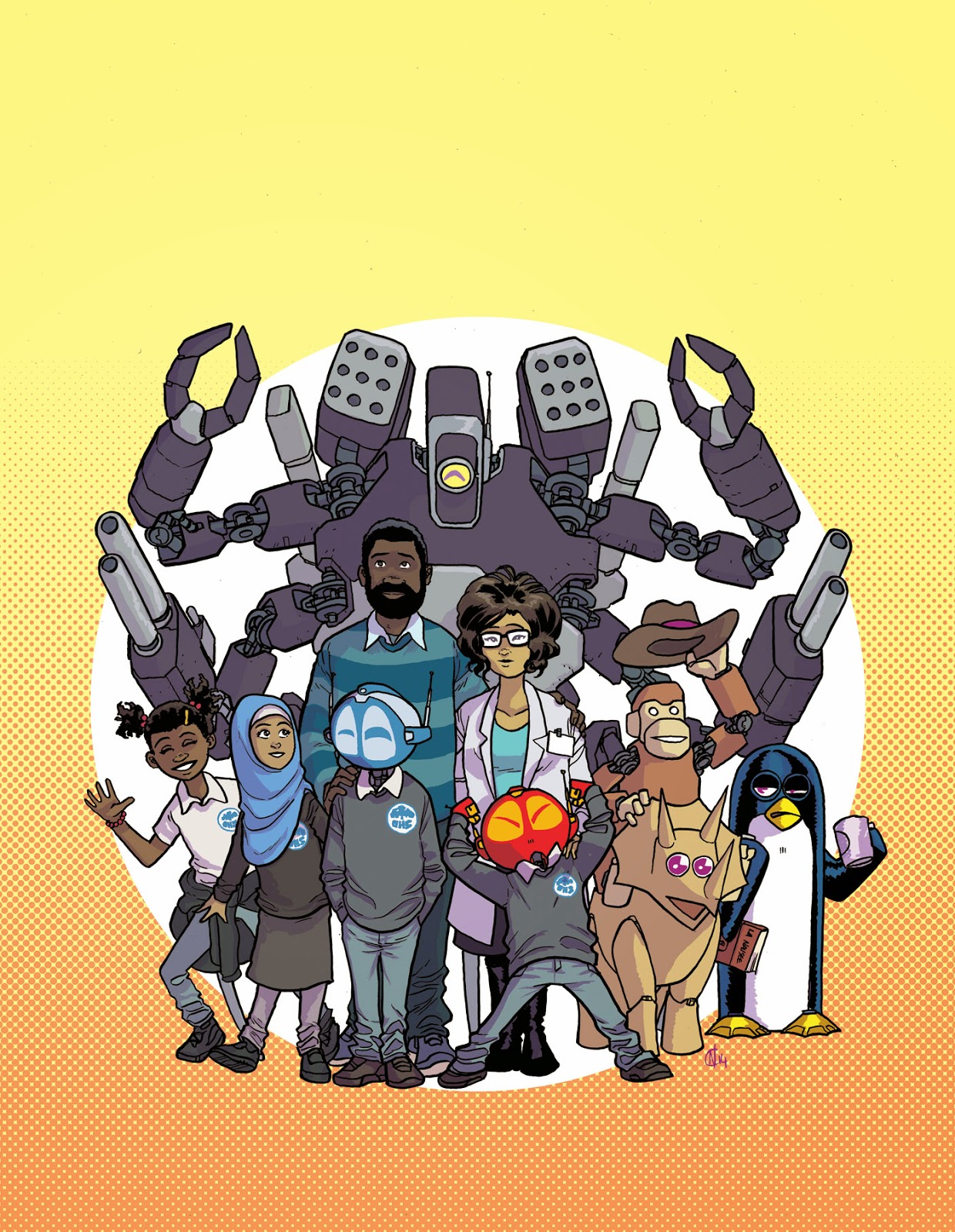 My comic Mega Robo Bros starts its second series in The Phoenix this Friday! To celebrate this exciting fact I thought I'd spend this week sharing some art from the strip, and even some full episodes, and pulling back the curtain a bit to talk about, you know, the artistic process and my thoughts and feelings and all that dumb stuff.

In case you haven't caught it yet: Mega Robo Bros tells the story of Alex and Freddy, two brothers who live in a London of the (carefully indeterminate) future, and... well, actually I'll just give you the blurb that opens each episode, that seems easiest... 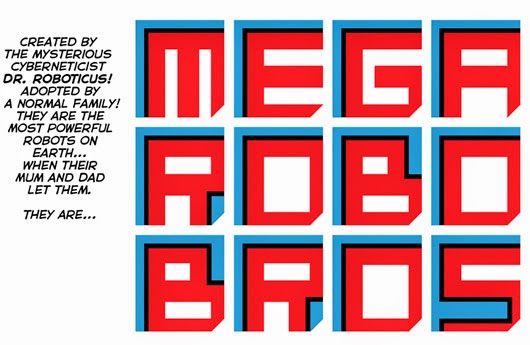 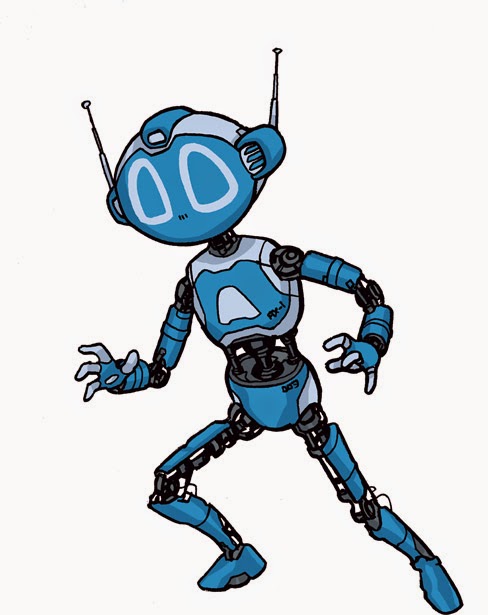 He's the sensitive one.

And this is Freddy: 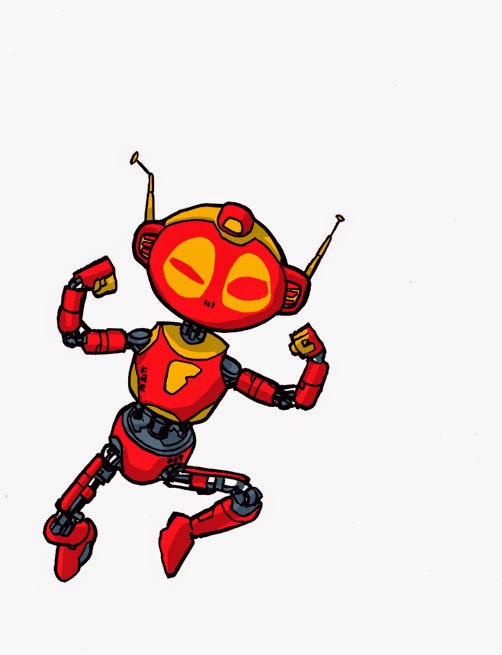 He's the terrifyingly destructive, scatalogically obsessed, borderline sociopathic one. (Which is to say, he's 6).

The idea for the strip had been floating around my head for a little while, ever since one day I saw my son running around pretending to be a robot and shooting lasers out of his fingers and thought to myself: oh my God... what if he could?

My son will happily tell you that this means that the strip is in fact his idea, and I'm not going to argue too hard. In fact, as it's been appearing in the Phoenix a weird feedback loop thing has been starting to happen, where I'll put in things kind of inspired by the boy, and he'll find them hilarious and quote them back endlessly, to the point where I actually find it quite hard to remember who said something first: my son or my fictional robots.

Which can be confusing. 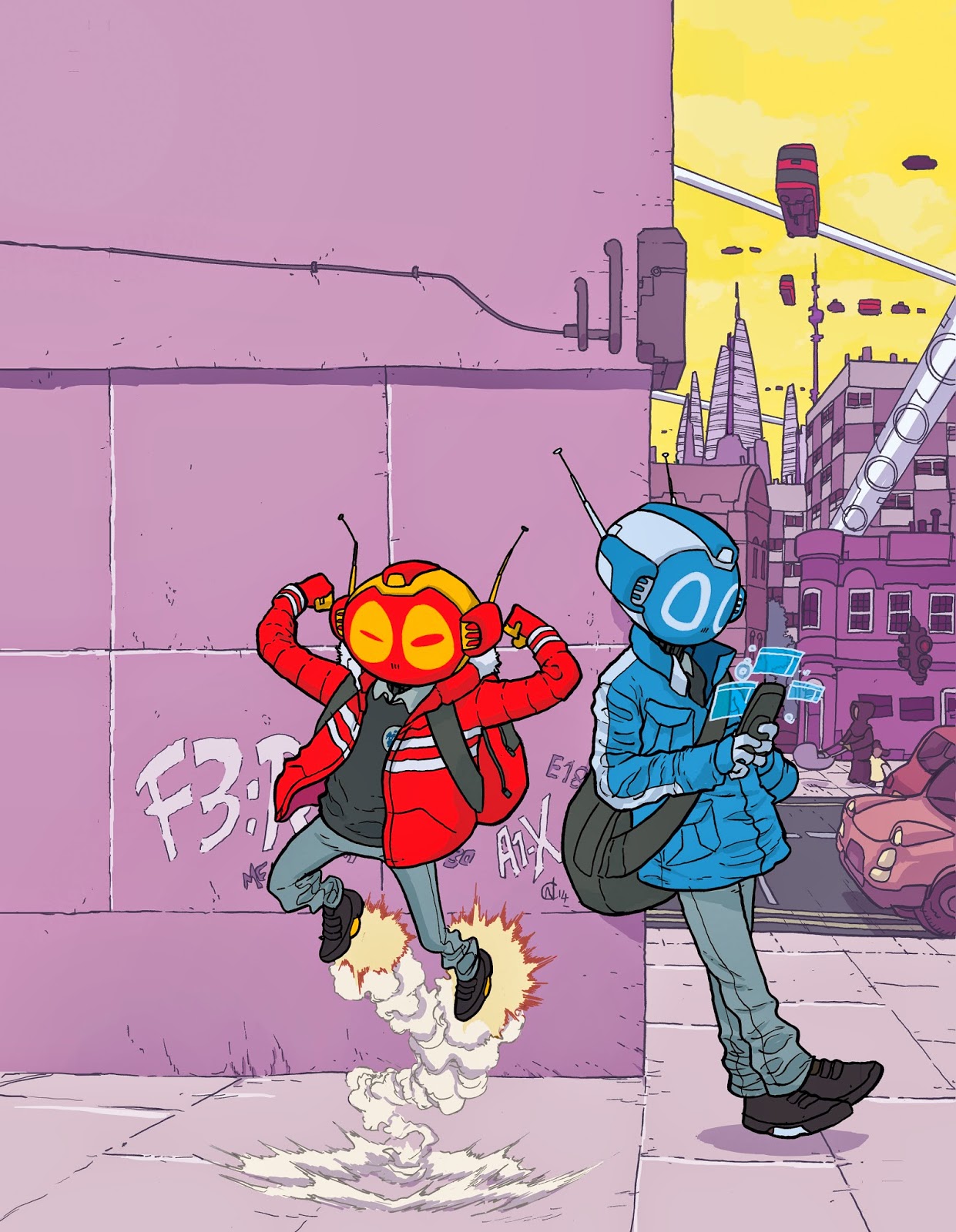 Anyway: as I say, the second 'season' begins this week!

Regular readers may have noticed a certain fluidity to the strip so far, in terms of size and scale. Basically, I've been doing it on quite an ad-hoc basis; trying different lengths of strip, different approaches, different things. This has been hugely enjoyable, and I've loved the opportunity to experiment and do shorter little things. Single-page comics have become pretty much my favourite things in the world, and at some point I want to try some even shorter ones. Also, it's basically been as close as I've ever got to just straight-up writing a sitcom, and I have loved every second of it. Back when I was developing the idea, the point at which I got really excited about it was when I had ideas for two stories I could do with it - one of which was a 3-panel gag strip, and the other a 200-page emotionally gruelling graphic novel. That seemed like an idea with legs. 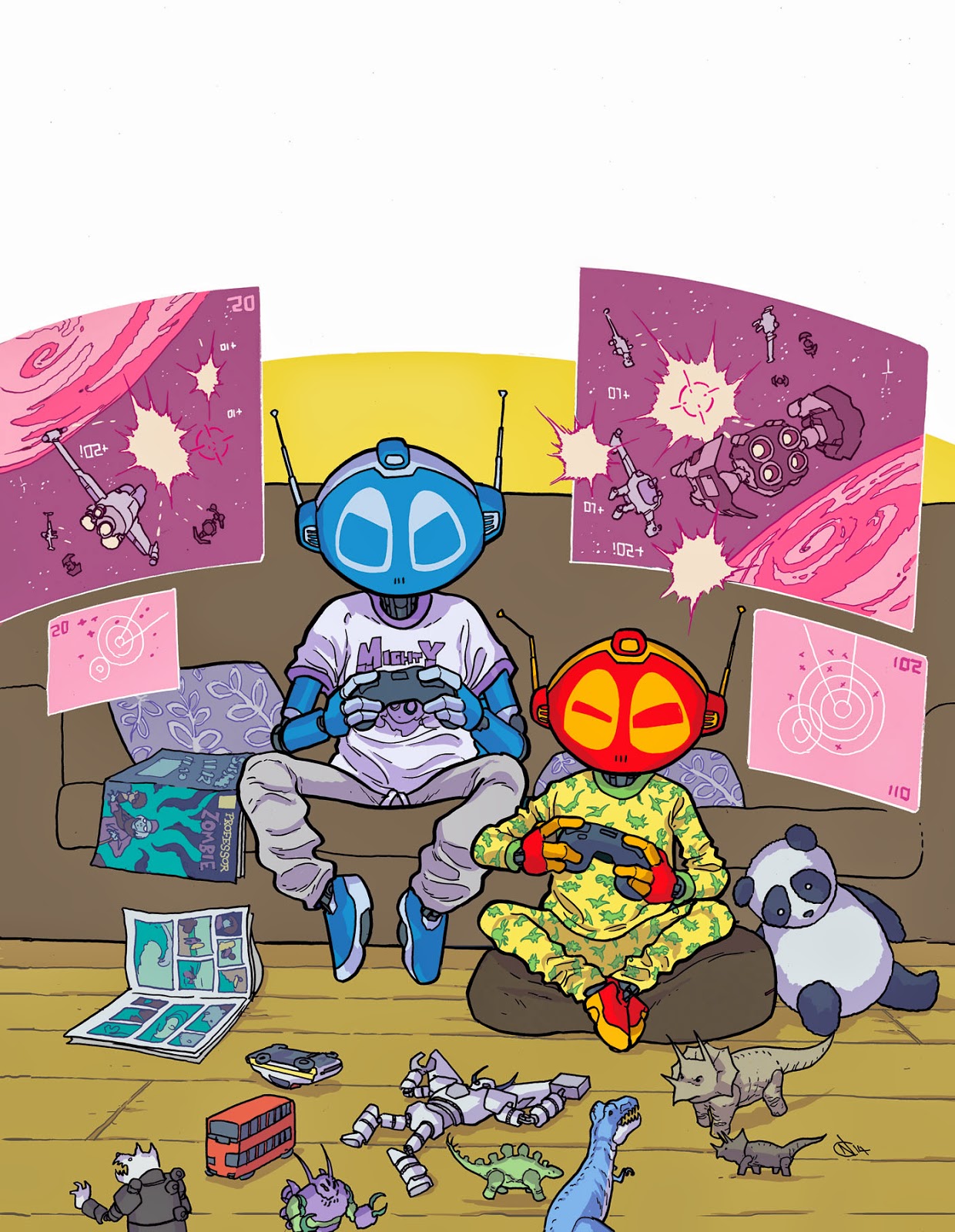 Anyway, as I've been doing these shorter strips, along the way I've been dropping little hints here and there,  letting things percolate away in the background, building up bits and pieces about a bigger story. And in Season 2, starting this Friday in The Phoenix issue 160, we actually get on and start telling that story. I'm really excited about it. Join us, won't you?

Also! Check back on this blog, as well as my twitter and tumblr all week where I'll be posting selected full episodes from Season 1, development art and fun stuff to give you a taste of the strip.