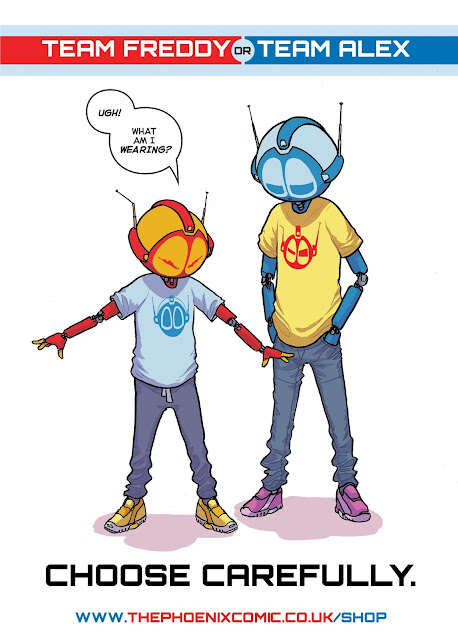 Just a note to mention that Mega Robo Bros t-shirts are now available from the Phoenix Shop! And, honestly, they look pretty great. 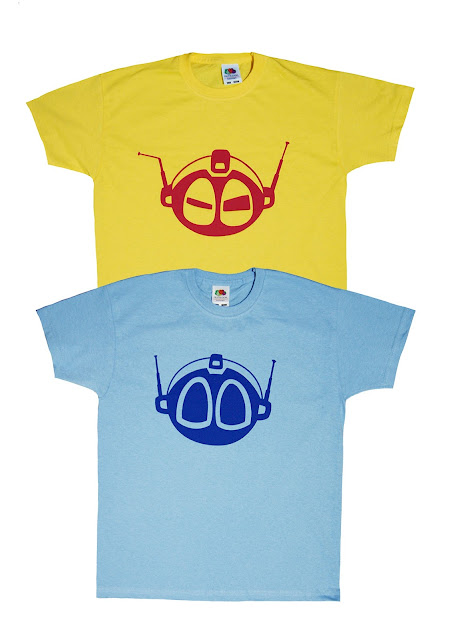 Available in sizes for ages 9-11 and 12-14! A bunch of people have asked if adult sizes and / or younger kids sizes are on the way - not yet, but do go tell the guys at the Phoenix if you'd like some, so they can gauge demand! 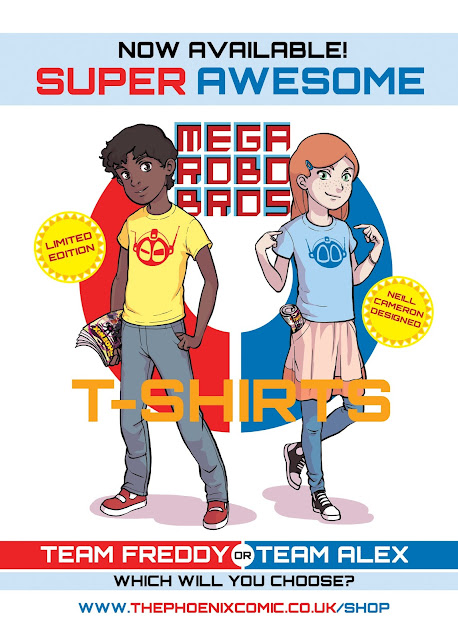 (Awesome ad artwork by Paul Duffield)
Posted by Neill at 19:47 No comments: 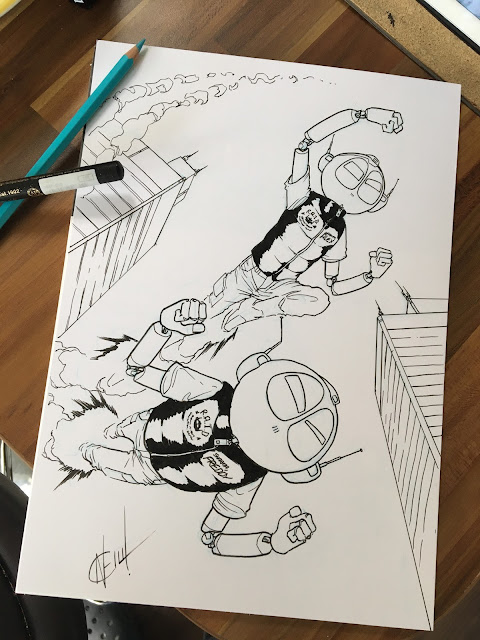 Hello! I'll be at the brilliant Thought Bubble comics festival in Leeds this November, and I've had a few enquiries lately about doing commissions for people in advance of it. So I thought I'd come up with a plan. So I have. And it is as follows:

I'm going to be offering A4 pen & ink sketches for £10.00 GBP - or less if they're bought as part of a bundle with some of my books (Mega Robo Bros, Tamsin and the Deep, Pirates of Pangaea, and How To Make Awesome Comics). So the planned price list is:

As to subject matter, you have a few options. I'm very happy to do sketches of my own characters, so if you want Alex, Freddy, Stupid Philosophy Penguin or whoever, that's absolutely fine, and I love you very much for asking, and here are 150-odd examples of that sort of thing if you like that sort of thing.

If you want something else: I don't usually draw other people's characters any more, but I'll make an exception for Thought Bubble, as I appreciate there are people whose thing is getting every artist in the world to draw Batman or whoever. However, I have to make these things fun for myself, too, so I'll happily draw basically anybody - real or fictional, alive or dead - just so long as they are either:

a) piloting a GIANT ROBOT
or b) riding a DINOSAUR. 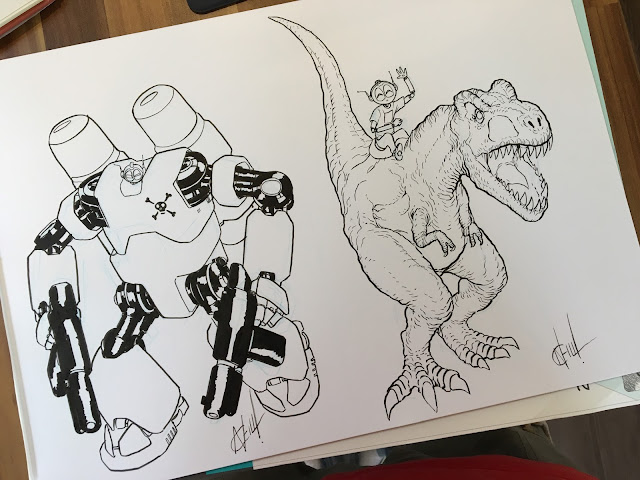 I've used Freddy as an example there but, as I say, if you want a drawing of Moon Girl or Oor Wullie or Queen Elizabeth II or whoever it may be, that's fine. As long as they are on a robot or on a dinosaur.

If you'd like to order something in advance and pick up at the convention, that's great, as it gives me more time to work on your sketch in advance - just drop a line to info@neillcameron.com letting me know what you want.
Oh hey, I should mention: part of the festival is the ceremony for the Young Peoples Comic Award, for which both Mega Robo Bros and Tamsin and the Deep are shortlisted.

Which is kind of crazy.