Yes, EXTRA! There were a few pics from the festival on Saturday that didn't really fit into my already-whopping blog post about How We Made a Really Rather Large Comic, so I thought I'd stick them up in a separate post! This is by no means a comprehensive report of the day's events - I was so busy for most of the day making the aforementioned Really Rather Large Comic that I didn't even make it into the festival proper, so there were loads of people I didn't get pics of and several I failed to even meet. But never mind! For a pretty comprehensive report, go read Sarah McIntyre's excellent round-up, and for just a fwe random bit and bobs I wanted to mention: READ THIS! 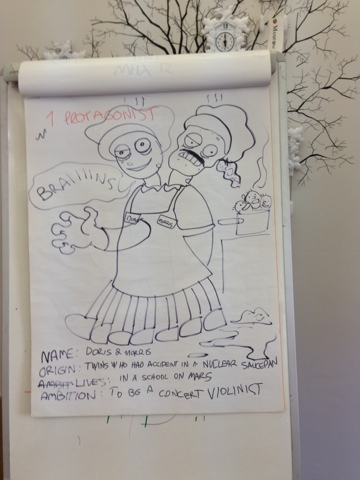 I ran a workshop in the morning and we had an absolutely brilliant time - lots of the kids there were enthusaistic students of Professor Panels and Art Monkey so we jumped in with Advanced Awesomeness Studies and ended up creating one of my favourite characters from a workshop to date: DORIS / MORRIS, a double-headed mutant dinnerlady who dreams of becoming a concert violinist. 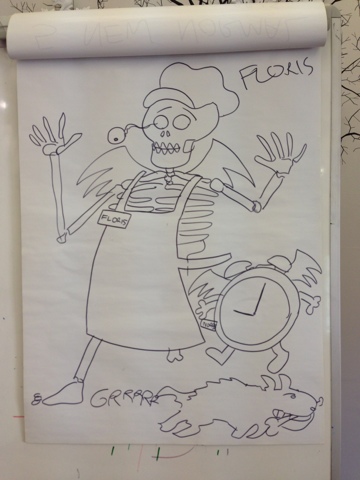 After creating a whole (frankly INCREDIBLY EXCITING) adventure for mutant dinnerlady / man Doris and Morris (and their arch-nemesis Boris), a film crew from Meridian popped their heads in to the workshop and asked if we could just, you know, do the whole thing again. So you see here our Last Minute Bonus Extra Characters - Skeleton Dinnerlady Floris and her winged anthropomorphic clock sidekick Norris.

I think we were all going a bit strange by this point.
. 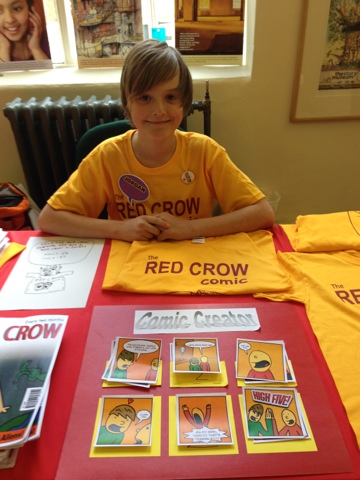 Here's Jordan Vigay (one of our Big-Ol'-Comics-Maikin' Team) selling his wares at his table in the Festival! I don't think Jordan  has a website yet but it can only be a matter of time. Watch this space! 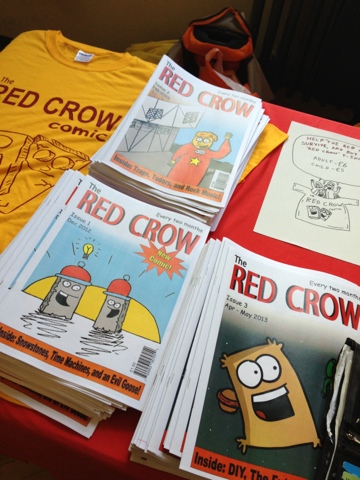 And here are some of Jordan's amazing comics. Three issues published since Dec 2012! One of which was made in THREE DAYS. This young man will go far. 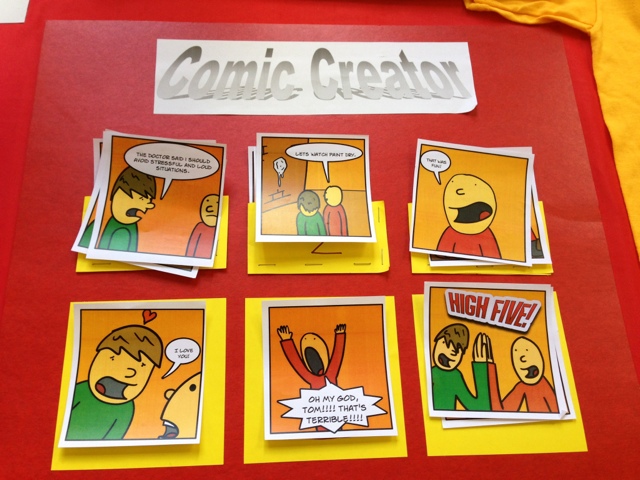 I had to get a photo of this: the awesome INTERACTIVE COMICS CREATOR that Jordan had on his table. Apart from being genuinely hilarious, I just thought this was such a great idea. Apparently it was a big hit, with some kids coming back and playing with it over and over again throughout the day. Just genius. 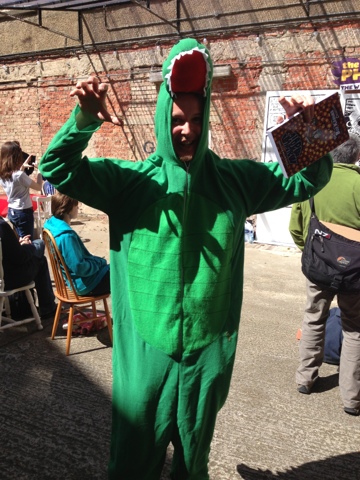 Here's the brilliant illustrator and cartoonist Tom Plant, who was running a workshop in the afternoon and who I think took the prize in terms of dressing for the occasion. Seemed a lovely chap, too - nicest cartooning tyrannosaur you could hope to meet. 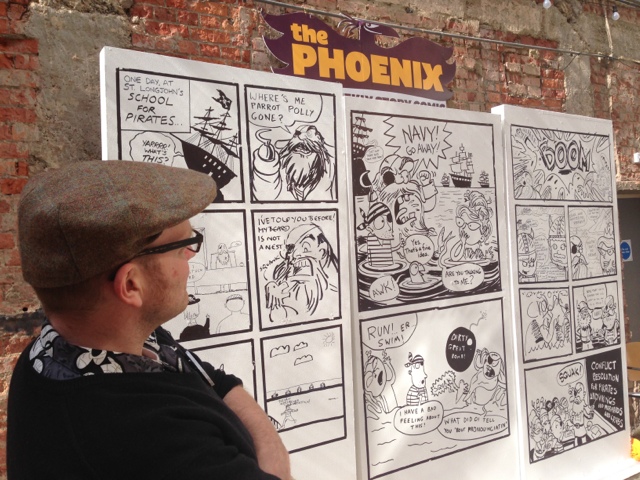 Here I am surveying our big comic! Oh I loved that thing so much. 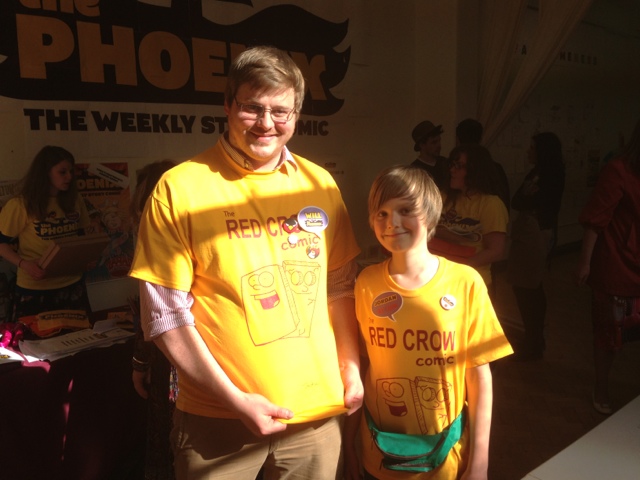 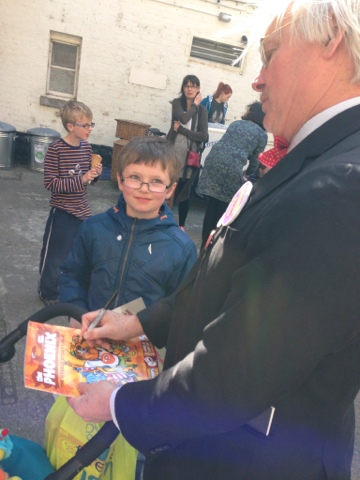 Okay, I think that's about it. Anyway, from my perspective the day was a brilliant success, and I've heard lovely reports since of young attendees who went home and just kept straight on making comics llike crazy fired-up comics-making machines. This, I think, qualifies pretty unreservedly as Mission Accomplished. Really hope we get to do it all again, bigger and better, next year! IF NOT SOONER.