Comics and Literacy, part 3: Things You Can Do 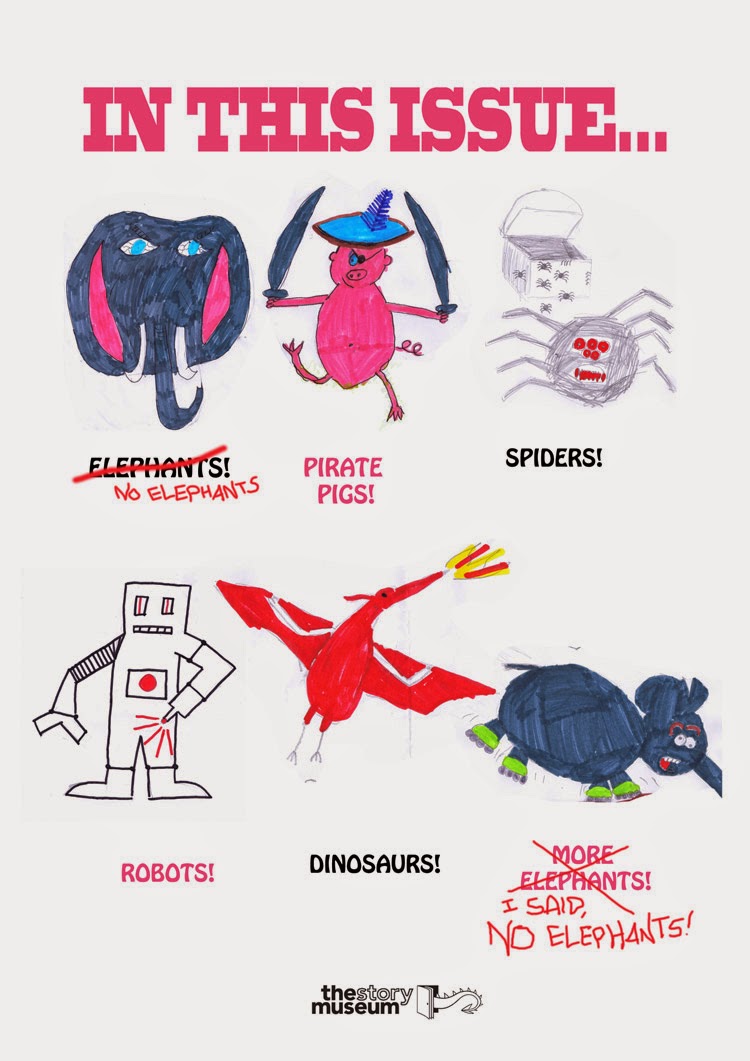 Fig 1: artwork from The Awesomest Comic. Why not make your OWN comic? You can even put elephants in it if you want.

So! To recap: so far in this weeklong series of posts, we are all agreed that:

1) reading comics is an incredibly powerful tool for developing children’s literacy skills, and that
2) making comics is EVEN BETTER.

(If we are NOT agreed, please go back and read those posts again until we are agreed. It's okay, I can wait.)

So today I'd like to suggest some concrete proposals for Things You Can Do to help support those objectives, to get us nearer to my arbitrary but entirely achievable goal of 2 MILLION NEW COMICS CREATORS!*

Firstly, a disclaimer: in these attempts to answer the crucial question of "How Do We Get More Comics To More Children?" you'll notice that I'm focusing mostly on the roles that can be played by schools and libraries and parents, rather than suggesting anything specifically regarding the retail sector. This is not because I don't think there are great ideas for things to be done there - and again, I will be talking about that a bit in a supplemental post - it's just that I, personally, have no way of putting those ideas into action. For example: I would love to create a brand new weekly children's comic that was printed on newsprint and cost 50p a copy and was available by the tills in every branch of Tesco across the land. But there are so many issues there, so many things that are beyond my personal resources and abilities to do anything about right now. So I wanted to concentrate in these posts on what I can do - what we can do, right now: parents, educators, librarians, cartoonists; everyone who cares about these issues. 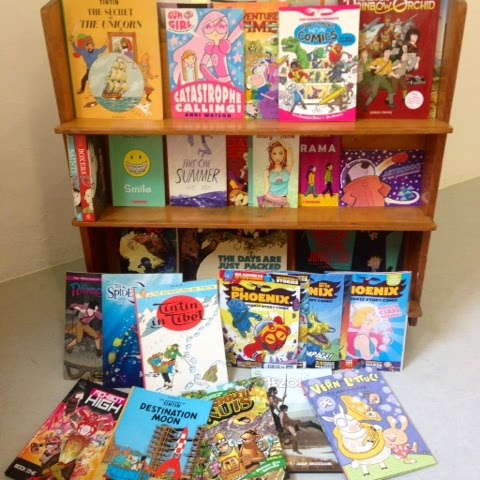 If you're a teacher, why not start a comics club at your school? If you're a librarian, why not start one in your library? If you're 11, why not just go ahead and start one yourself, who needs those dumb grown-ups anyway? Over the past couple of years I've met several people who've done this, and heard some amazingly positive stories. It's a way of encouraging library use, and of giving a constructive outlet to the energies of creative, imaginative kids. I don't think this takes much in terms of resources; just give the kids a time and a place where they can meet, and talk about comics, and read comics, and work on their own comics.

If you HAVE done this in your school already, I'd love to hear from you to compare notes - please get in touch either in the comments here, or give me a shout on twitter! I think there's an opportunity to do something really exciting here, using social media to build up a network-of-networks, sharing ideas and resources and best practice.


2) Organise your own Comics Festival!

This ties in with the last point really nicely; if you have started up a comics club, or if you've been using comics as part of a school project, why not give your young creators something to work towards by organising a festival, an event where they can swap and sell and share and celebrate their work? This gives you a chance to get them thinking about all kinds of other areas beyond the actual storytelling and making-of-the-thing: promotion, marketing, publishing and entrepeneurship! And, believe me, some kids will go NUTS for that side of things.


And hey, you can make really big posters and splash lots of paint around and all that fun stuff!

Look, here are some pictures by Sarah McIntyre that make this point far more effectively than these thousand words I'm writing:

And seriously, do go and read Sarah's brilliant post on this subject, from which I nicked those pictures- it's full of enthusiasm and inspiration and really great ideas. 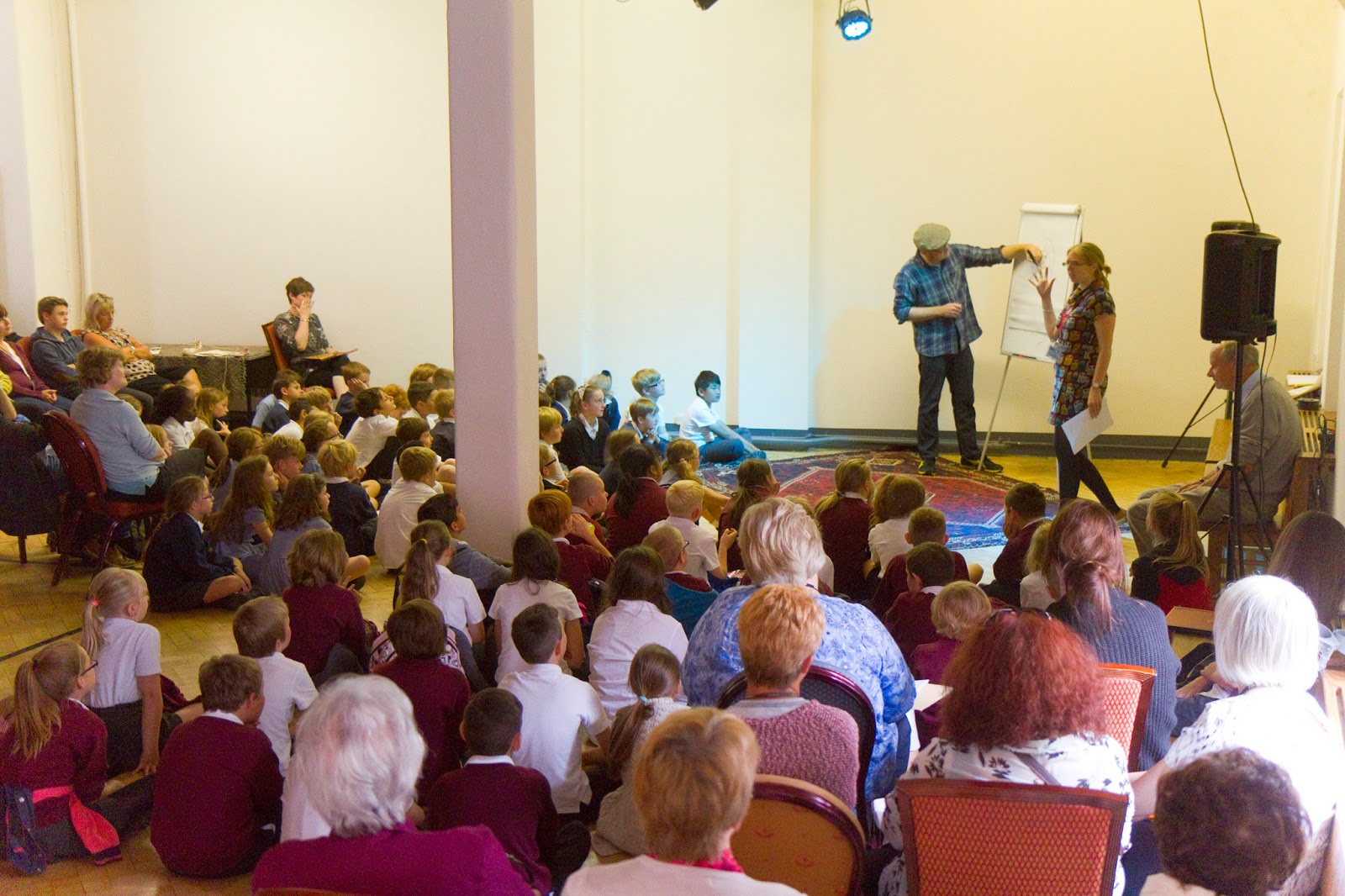 Photo from Maggies' Day comics workshops at the Story Museum, used with permission.

A great way of getting started with either of the above, or just generally as a way of introducing comics, is to invite a comics creator to come visit your school or library and work with the kids.

Now look, I do workshops, so it's hard for me to wax lyrical about the benefits of these without sounding horribly self-aggrandising. But I do think they can be a fantastic way of getting kids energised about writing and drawing, and I've had some really lovely feedback from places I've visited confirming that yes, it really does seem to work. So in this case I'm going to attempt to suck up my natural self-deprecation and say, yes, this is a totally awesome thing that you should definitely do. So that it does not entirely just seem like an advert for myself, though, I'll give you a List of Awesome Comics Creators Who Do Workshops (and are Not Me). sound fair? Excellent. Refer to further down this post for just that.

4) Set up a Comics Library 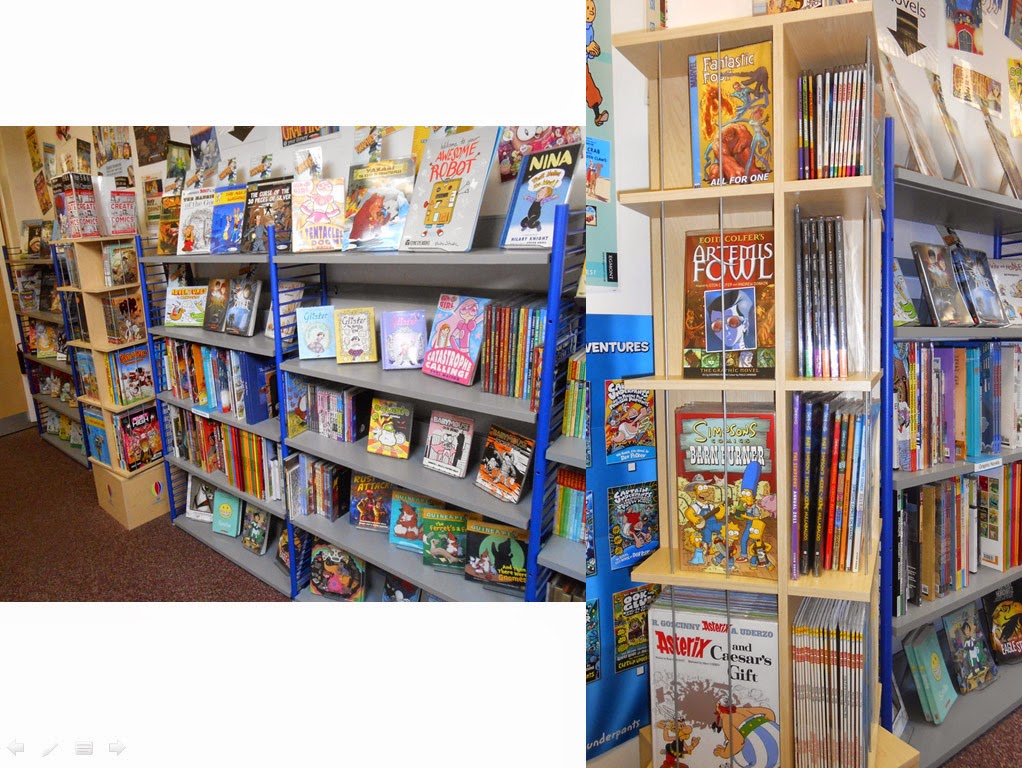 (Photos by Richard Bruton, courtesy of the Forbidden Planet blog)

The best way to get kids fired up and excited about reading and writing and drawing comics, of course, is to give them a bunch of awesome comics to read. Lots of school libraries will have a comics section, of course, but it can be very hard for teachers and librarians who are not themselves avid comics nuts to know where to start, or to know what material is appropriate for what age range. It is possible, though, and we can all look to the amazing library Richard Bruton set up in his school in Yorkshire as an example of what can be achieved - and if you have any doubts, go and ask Richard about what engagement and borrowing levels have been like with that library. It's really inspiring stuff, and frankly I dream of every school having access to such wonders. 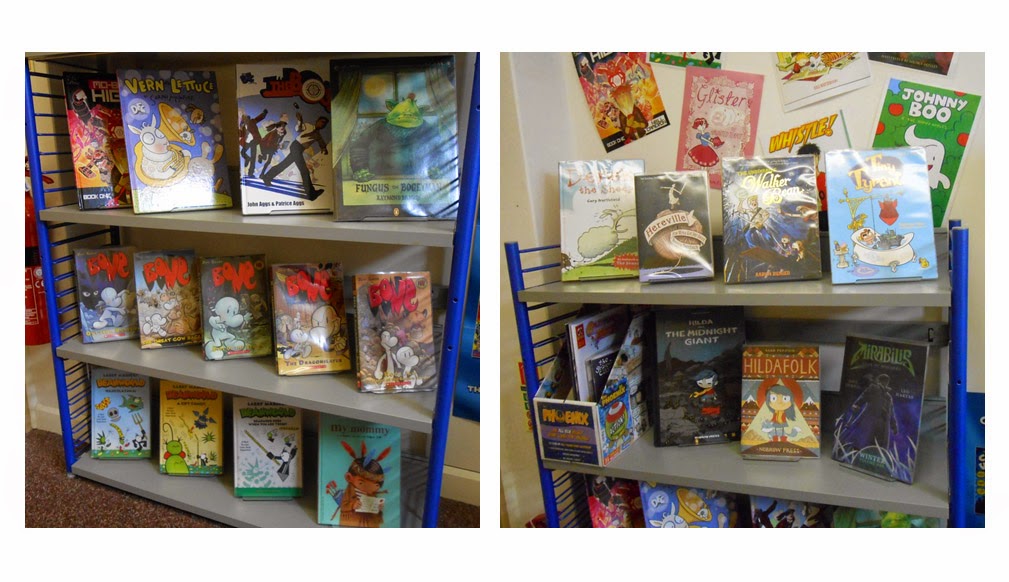 You could even make comics ON your library, too, if you like. That seems to work pretty well. 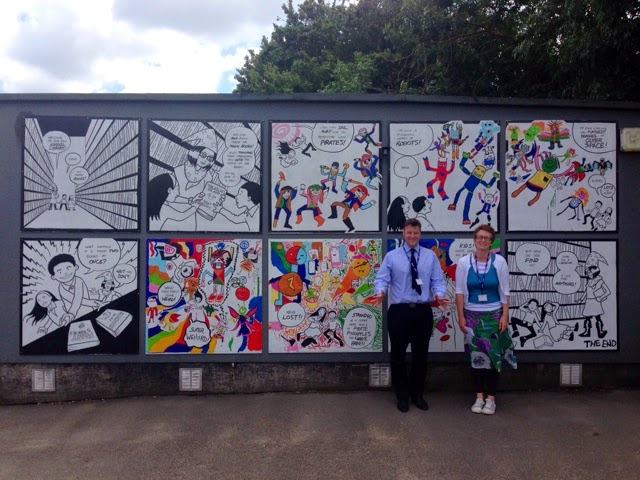 There's a few ideas to get us started, anyway. And now, some Resources To Help You Do Those Things! 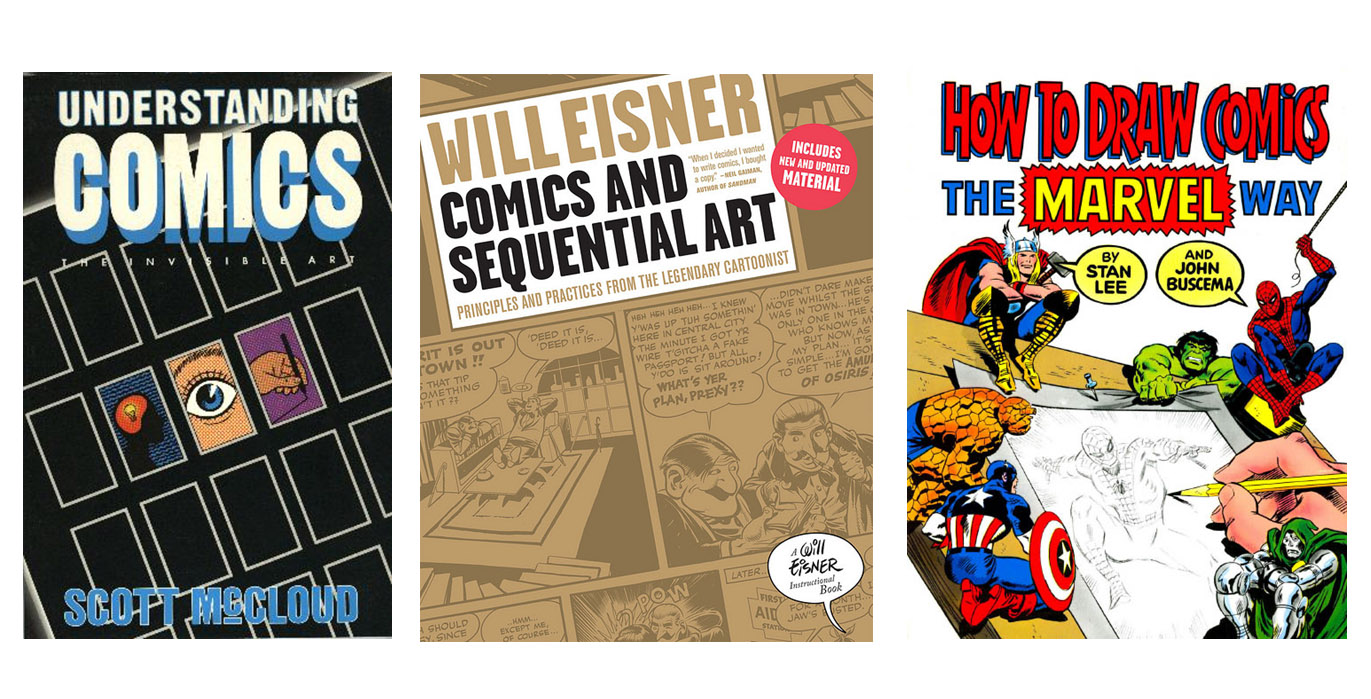 There are lots of great books on writing and drawing and making comics, of course, and lots of great resources available for free online, too. (I've collated links to a few such things in this always-handy blog post, for example). A lot of those resources tend to be suitable for slightly older kids, though. Happily, books for younger readers offering help and advice on How To Make Your Own Comics turn out to be very much like buses, in that you wait ages for one and then three come along all at once. To wit: 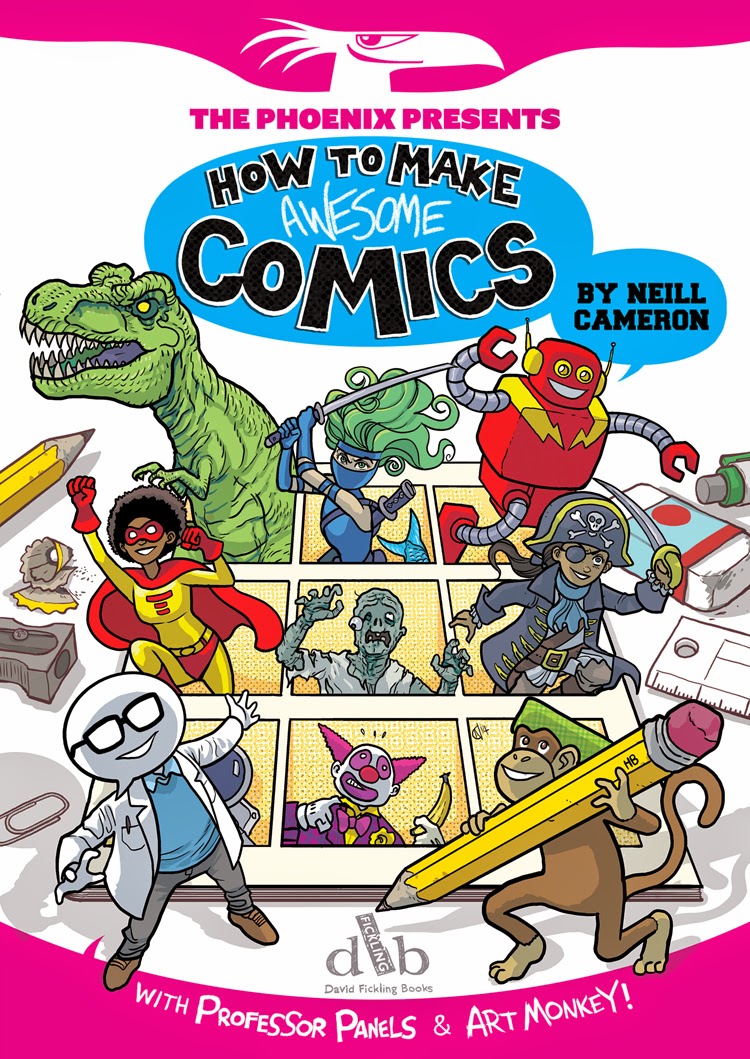 How To Make Awesome Comics
by me
(David Fickling Books)

Clearly the best book in the history of the universe, and one that every right-thinking human should read. I won't give you the hard-sell here, please refer to previous posts for that.

(One thing I'd just like to just be clear about, here: I'm not banging on about all this stuff in an attempt to sell my book, although I can appreciate how it may totally look like that. It's actually more that I made the book because I think this stuff is so important.)

Available from: The Phoenix | Amazon | Page 45 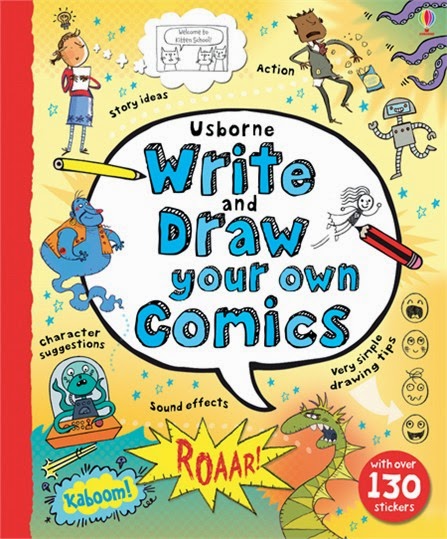 A fantastic manual on all aspects of comics-making by Louie Stowell and various amazing artists including Jess Bradley, Laura Howell and, um, me again. SORRY. Includes stickers! (I'd be more specific but I haven't actually seen a copy yet. But going by this fantastic review from Read It Daddy, it sounds PRETTY GREAT.)


Available from: Amazon | Lots of other places I'm sure! 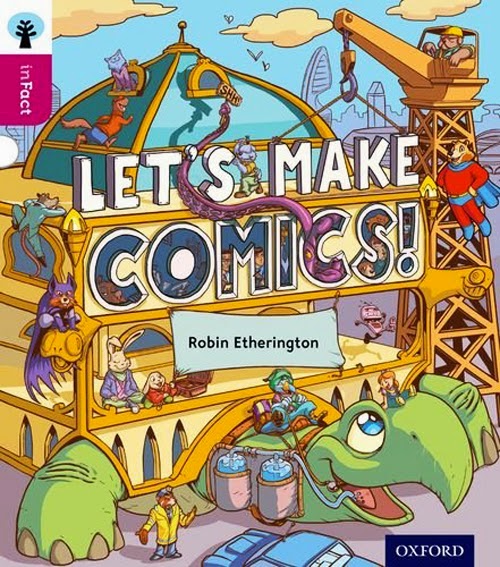 One for even slightly younger kids, I believe, from the powerhouse team of one-half-of-the-Etherington-Brothers and the amazingly talented Zak Simmonds-Hurn.

There you go, that should get you started!

Here is a quick, and no doubt highly incomplete, list of creators I know who visit schools and libraries and provide comics workshops. I've indicated where people are based, but of course people are able to travel; it's just as an indicator. Please contact each creator to enquire as to availability and rates. 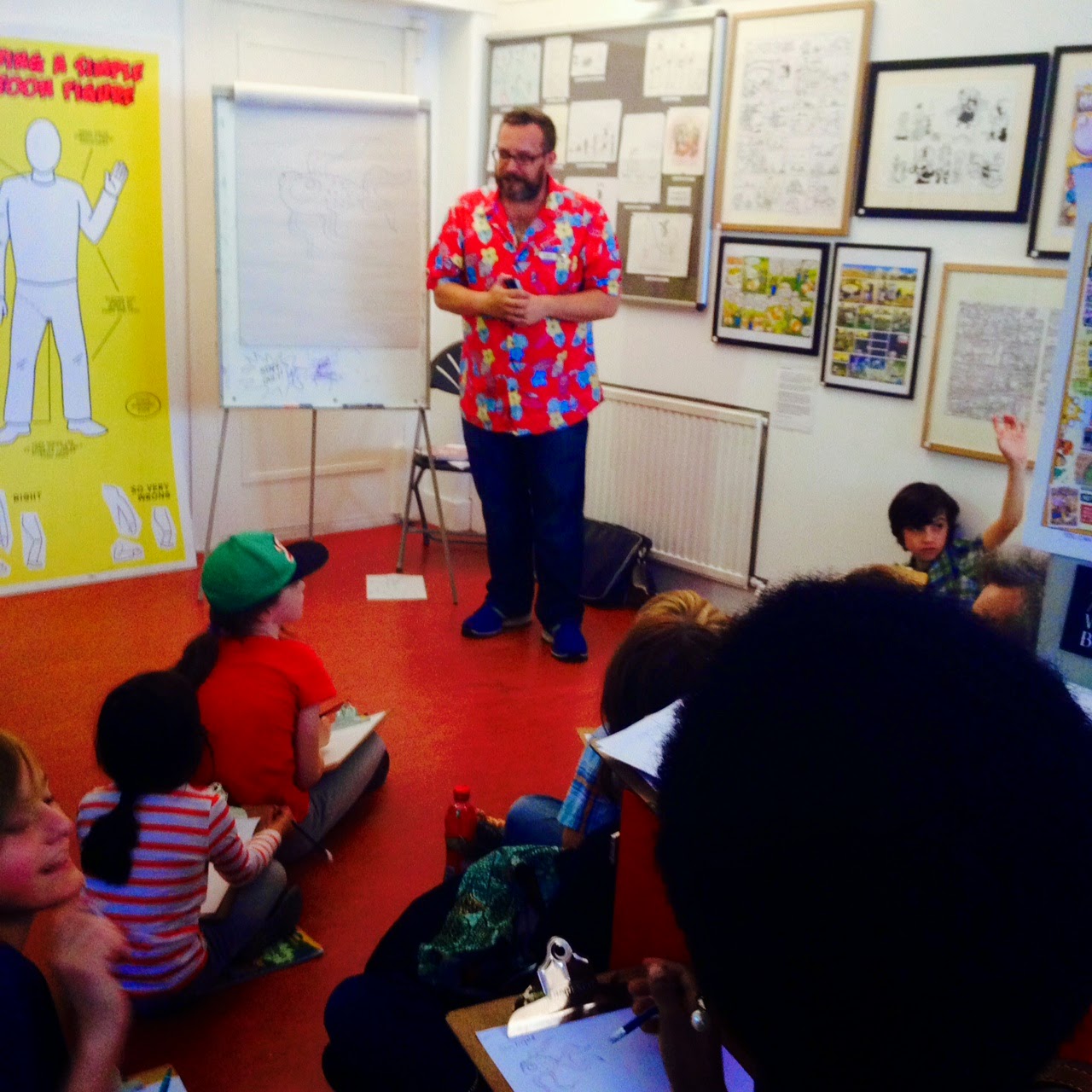 Gary Northfield, shaping the minds of the nation's youth at the Cartoon Museum

Sarah McIntyre (Cakes in Space, Oliver and the Seawigs, Vern & Lettuce)
http://www.jabberworks.co.uk/events/
(please note, Sarah is booked up through the rest of 2014, at the very least)

...as I say, that's just a few names - there's loads more great creators out there doing workshops, I just had to start somewhere. I'd like to try and maintain a fuller version of this list somewhere. I'm going to come back to that in Friday's post, in fact. 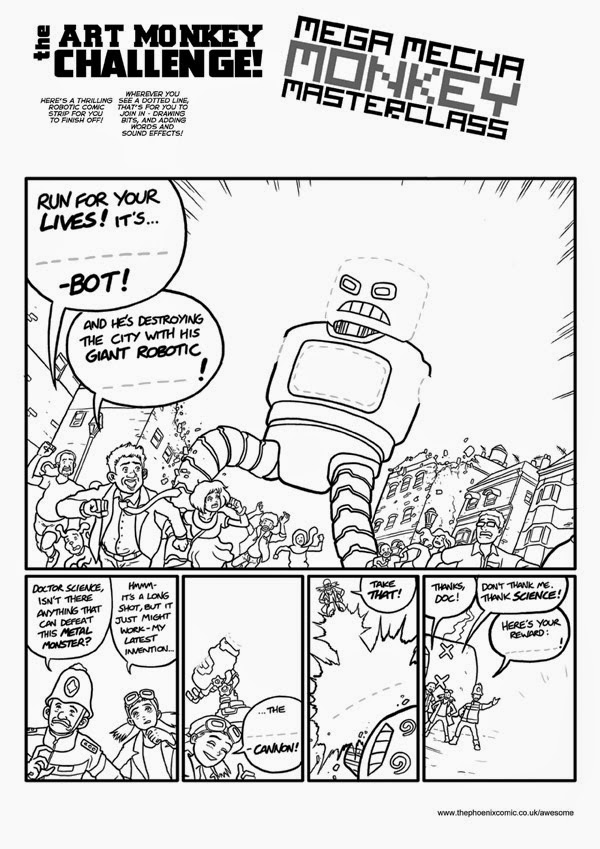 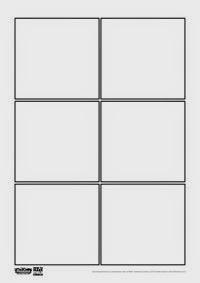 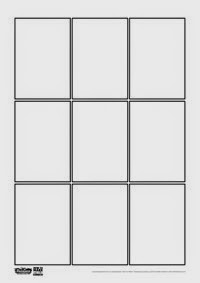 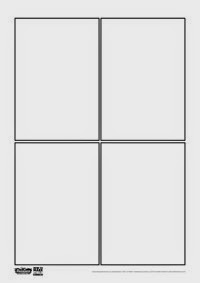 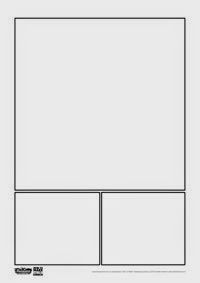 Anyway. As I think I mentioned earlier, the very best way to get kids excited about reading and writing and making comics is to give them some awesome comics to read. Which brings us to...


TOMORROW: SOME AWESOME COMICS TO READ


Support Neill In His Endeavours Why Don't You?