I had a lovely time at the Faringdon Arts Festival on Saturday - wandering around the town, enjoying the music, scoffing calzones and - pertinently - giving a little talk / workshop on making comics for some of the local youth. I brought along my patent-pending Awesome Idea Generator, a highly complicated and technical device I invented specially for the occasion.

After a slightly nervy start where I was convinced absolutely no-one was going to show up (because, after all, who the hell am I?) a bunch of kids did, in fact, show up, and from there on in it was pretty much the funnest Saturday morning I could have hoped for. We combined the A.I.G (tm) with what I am considering christening the Cameron Technique for (Admittedly Formulaic) Comics Storytelling, and the results were, frankly, awesome. So awesome, in fact, that I feel it incumbent upon me to share some of the results here.

All comics are (c)2010 their respective creators. Whose names I unfortunately didn't manage to make a note of. But they know who they are!

1: NINJA IN SPACE vs. DINOSAUR 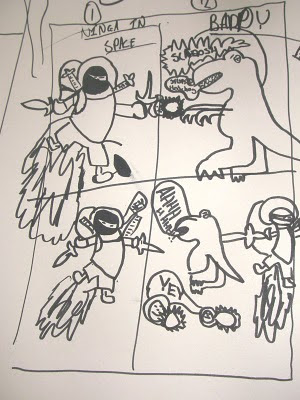 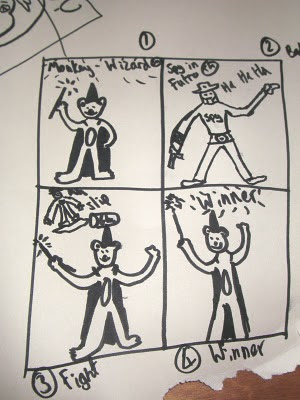 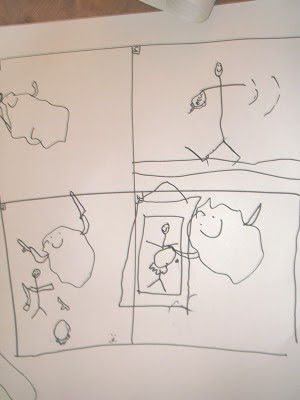 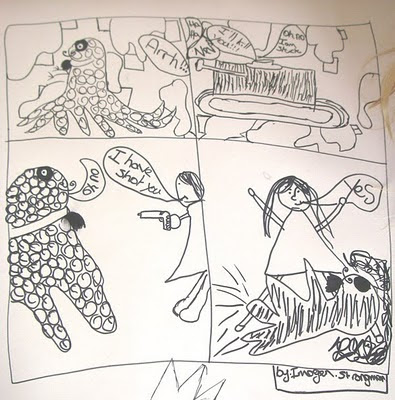 5. The frankly rather disturbing SCHOOLBOY DETECTIVE vs. SUICIDE BOMBER DISGUISED AS THEIR TEACHER: 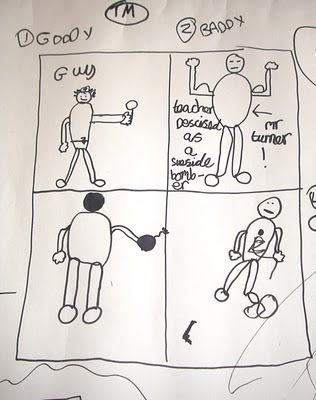 ...and that's just the few I managed to take pictures of. Anyway, thanks to the organisers for inviting me along, and to my 'students' for making it so much fun. Parents of Faringdon, your children are well-brought up and hilarious. Good work you all!

Email ThisBlogThis!Share to TwitterShare to FacebookShare to Pinterest
Labels: events, things that are awesome