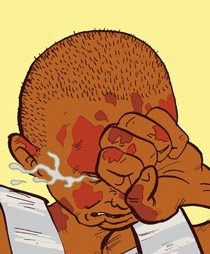 I recently read a comic so astonishingly good - so cleverly made, perfectly judged, emotional and frankly beautiful - that it took my breath away. I mean this quite literally; I turned one page and GASPED FOR AIR.

It was really quite a good comic, is the point I'm trying to make. Anyway, the comic was called Strong Wind and Little Scabs, and it was by Adam Murphy. You may know Adam as creator of the weekly historical zombie-interview strip Corpse Talk in The Phoenix, and Strong Wind and Little Scabs represents, I am delighted to learn, merely the first entry in Adam's ongoing new series under the umbrella title Lost Tales, in which he will be adapting various strange, little-known or just spectacularly odd folk tales from around the world and putting his own unique and highly personal stamp on them.

Anyway, immediately upon finishing reading, I had  a thousand questions about the strip and, fortunately for me, I know Adam and he agreed to let me ask him said thousand questions. I recorded our chat as a podcast, and you can listen to it here. We primarily discuss Lost Tales, but also take in Corpse Talk and Adam's forthcoming, absolutely-categorically-NOT-for-children comic Fever Dreams, covering such issues as Adam's artistic influences, his goals in telling these stories, the challenges of making a living as a comics artist, and the sheer uncomprehending cosmic horror that is being a child.

If you're remotely interested in creating comics, or specifically in comics for children, I hope you'll give this a listen, as Adam is very much a person worth listening to on those subjects.

(A quick disclaimer: there was a lot of white noise during sections of the recording, I've done my best to clean it up but there are a couple of sections where the sound gets a little fuzzy. Do stick with it, it generally clears up pretty quick and I hope is worth it.) 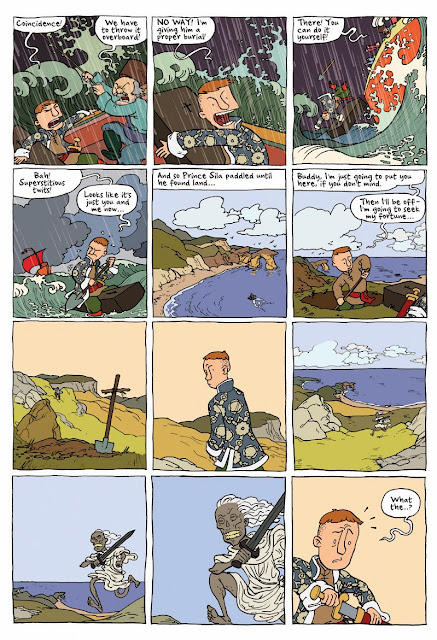 You can learn more about Adam's work on his website, at www.adammurphy.com

In case I haven't made this clear: I RECOMMEND THAT YOU READ THEM.

Thank you for your time. 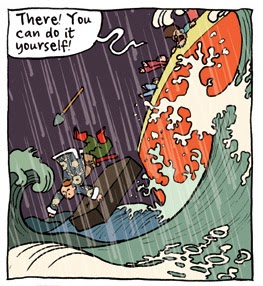