Thoght Bubble Week, Day 3: People Who Work For The Phoenix Riding On Dinosaurs 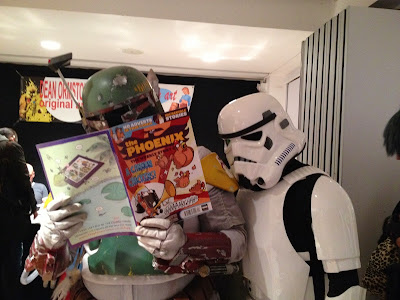 "Put the Bunny in the cargo hold".

So far in these What Happened At Thought Bubble Recaps we've covered Awesome Robots and Awesome Creators of All-Ages Comics. And, speaking of awesome all-ages comics: ANOTHER fun thing I was doing was hanging out with the guys from The Phoenix! It was a lot of fun, and it felt a bit different from last year - there seemed to be a lot of excitement about the comic amongst readers and other creators already, so we weren't having to always start from that point of "Hey, Have you heard of the Phoenix? Okay, well. Remember how weekly comics for kids used to be a thing...?"

Anyway, lots of Phoenix creators were hanging out, sketching and chatting with young readers, and it was great to catch up with a load of 'em - Matt Baxter, Gary Northfield, Dave Shelton, Zak Simmonds-Hurn and Karen Rubins all took turns hanging out at the table, and those were only the guys I saw. (And we had Kate Brown and Paul Duffield and Adam Murphy over in the other hall, and... look, it was a whole scene, man.) 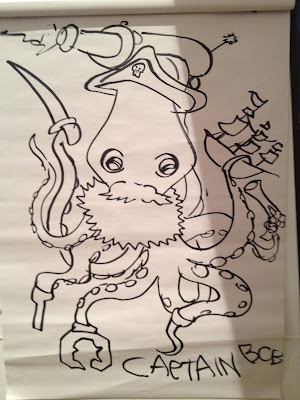 Quite a lot of this sort of thing, essentially.

I wanted to say a quick thanks to Team Phoenix for all their hard work and dedication over the weekend, spreading the good word on kids' comics. And so, I allowed myself to be bullied into drawing them all on dinosaurs. 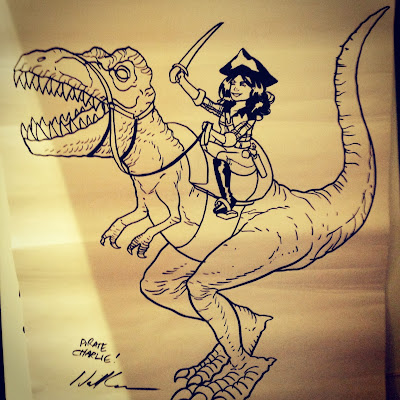 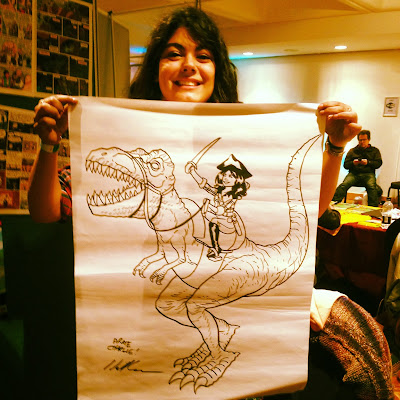 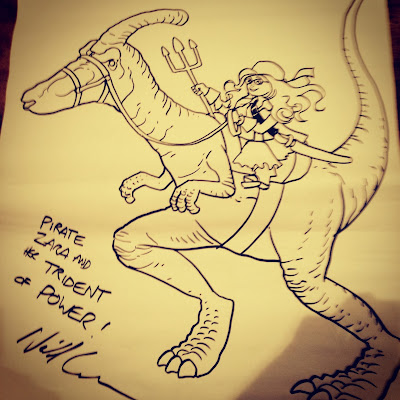 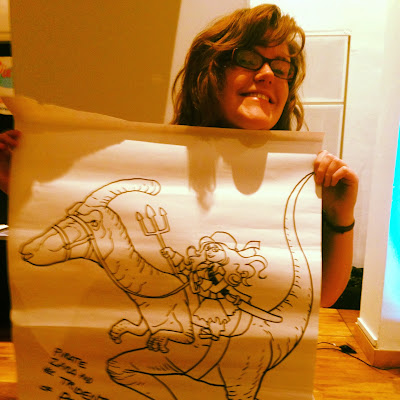 Parasaurolophus Zara (and her Trident of Power) 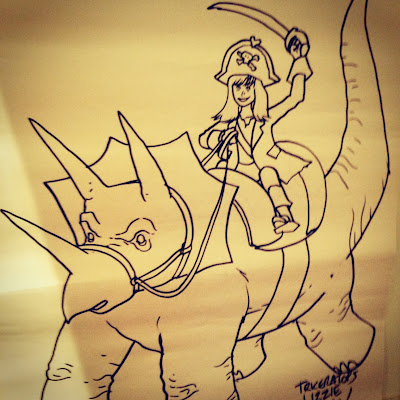 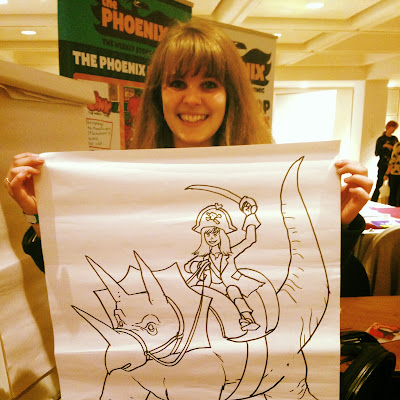 As instances of workplace bullying go, it was pretty fun.

I just feel bad because Editor Will was off manning the table in the other hall, and therefore didn't get a dinosaur to ride. Next year, Will. We have already picked out a dinosaur for you.

Hey, did you know the Phoenix ISSUE 100 comes out THIS WEEK? And that Pirates of Pangaea is coming back for a Very Special Adventure to celebrate the occasion? And that it is going to be SUPER AWESOME? Here you go, have a sneaky preview: 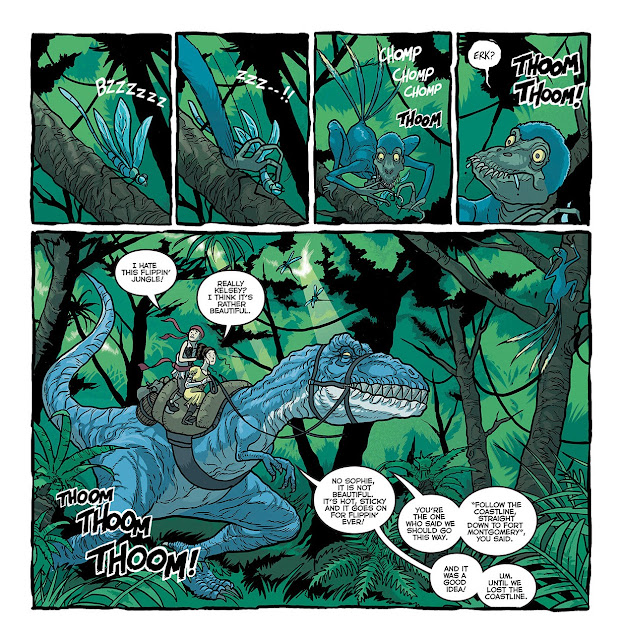 Did you also know you can buy single issues, subscriptions, graphic novels and all kinds of Christmas-present-appropriate Phoenixy goodness HERE?