So far in my weeklong round-up of 2013's Thought Bubble Comics Festival - from my own, kids'-comics-y perspective, I've posted about several Cool Things. To wit: hanging out with a bunch of kids drawing robots, talking to really cool people about making comics for kids, and the Phoenix.

The other cool thing about Thought Bubble was getting to discover a bunch of NEW work, and new creators, and I wanted to share a couple of those discoveries here. A key part of any comics convention is, of course, buying comics, and that... is a thing I did. Oh dear god, that is a thing I did. 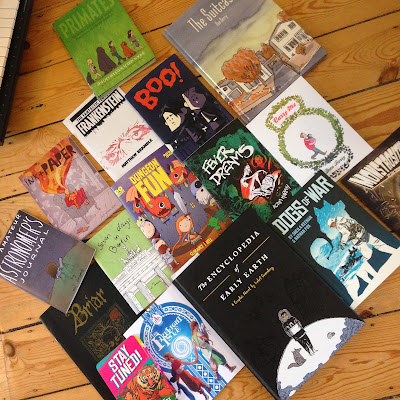 Ah, who needs money to buy food or live in houses anyway?

It's quite a giant pile and admittedly I've got a bunch of it still to read, but already it's hard to see how anything is going to top this; my favourite comic of the convention and indeed my brand new favourite comic in the world (this week)... 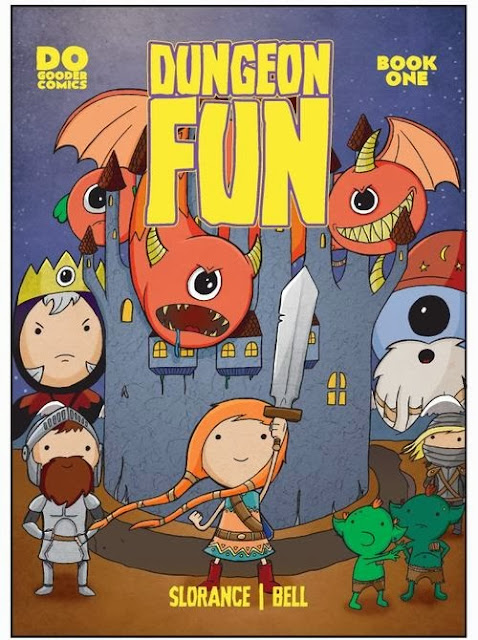 I'd heard a bit about this beforehand on the internets and made it my purpose to track down a copy, and it did not disappoint. A very funny and completely all-ages-appropriate tale of fantasy, adventure, suspiciously specific prophecies about sandwiches and giant three-headed monsters who are total jerks, I'd recommend this hugely. It reminded me a bit of, say, James Turner's work on Star Cat in the Phoenix (which as anyone who's heard me talk about Star Cat will know, is basically the highest compliment I am capable of giving) in terms of some of the inventiveness and intelligence at play in the humour and the way the story is told, and also in terms of the incredibly appealing, bright, iconic artwork and character design. But it's not really an appropriate comparison - Star Cat works incredibly well as short-burst hyper-condensed sheer-all-out-hilarity, whereas DUNGEON FUN is working in a longer form, and has some interesting subtleties of character and tonal shading to complement the funniness. 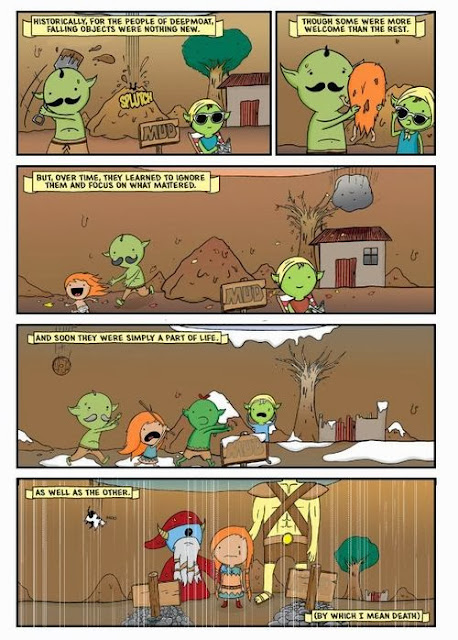 (Mostly it's just very funny though. Also, "character and tonal shading"? Good grief. This is exactly why I don't normally review comics.)

Anyway, I recommend it hugely. You can buy Dungeon Fun from it's creators Colin Bell & Neil Slorance, HERE: http://dogoodercomics.bigcartel.com/

PLEASE NOTE I am not just saying this because Neil seemed super nice and has a good (if incorrectly spelled name) and drew me a crazy nifty robot in space. 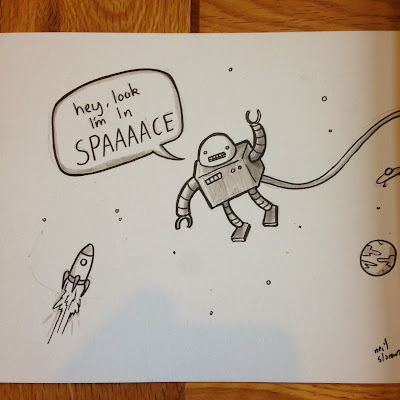 Other cool kids' comics-related things were grabbing a copy of the Mind-Chillingly Terrifying Horror Comic (But, Y'Know, For Kids), BOO!, and getting a peek at Laura Trinder's beautiful artwork for Improper Books' in-development comic Night Post, which looks absolutely lovely and has a concept so good it genuinely makes me angry I didn't think of it first.

Oh, and I guess it's not *technically* for kids, but I got a copy of Matthew Bramble's new mini-comic The Fantastic Feats of Frankenstein and it is beautiful and awe-inspiring and incredibly, incredibly strange. I have no idea how you would go about acquiring a copy, but you definitely should. Perhaps ask Matthew? 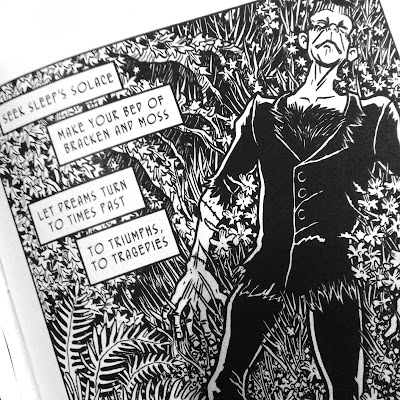 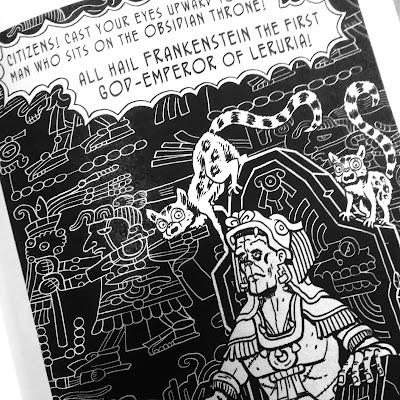 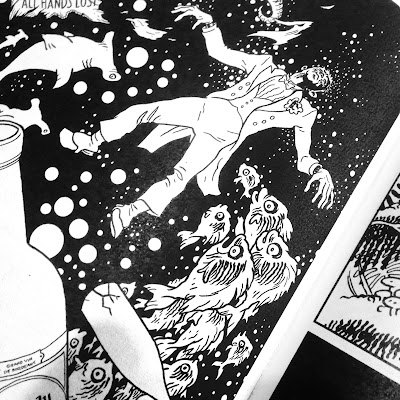 Back tomorrow for one last Cool Thing About Thought Bubble! And honestly, this time it is going to be a Very Cool Thing indeed.
Tweet
Posted by Neill at 17:06