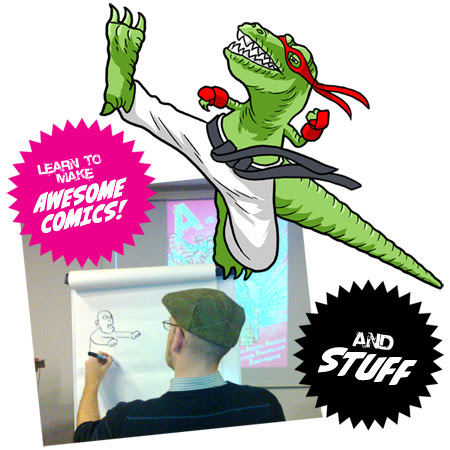 Karate-kicking Dinosaurs! The back of Neill's head! And other such excitements.
I'm going to be down in Devon doing various EXCITING EVENTS over the next couple of weeks, and as some of them are open to the public I thought I'd give the details here in case any Devonians (is that the correct term?) reading this blog fancy coming along and learning how to TELL STORIES WITH PICTURES and all that fun stuff. The schedule is:

Please do come along, or pass on to any Devonians of your acquaintance who might be interested in FUN THINGS to divert their kids during half term week. We will be drawing comics, learning about how to create your own characters, making silly jokes, all that good stuff! 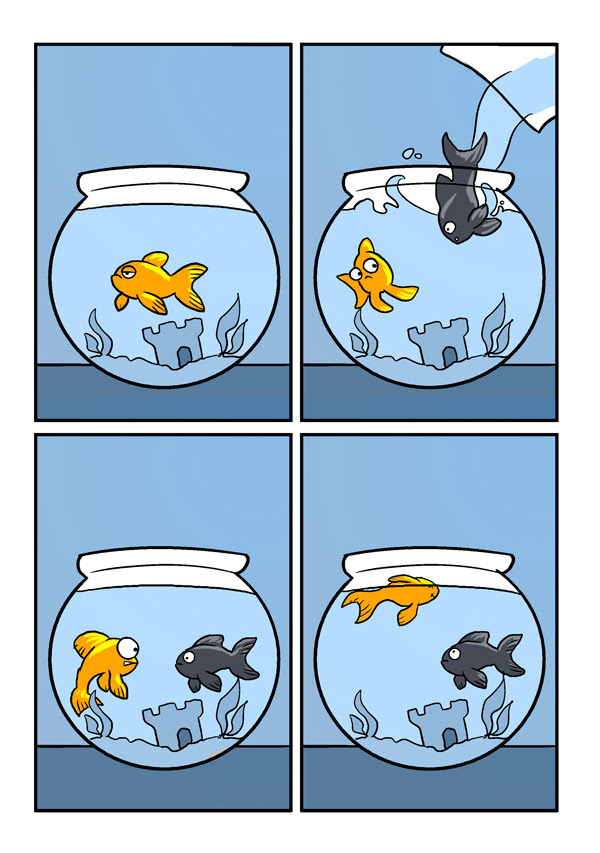 I was doing a school event at St. Christopher's primary in Hove last week (blogged about here), and was getting the kids in the audience to shout out ideas for villains, and amongst the general hubbub one voice cried out... "Racist Goldfish!"

Which was pretty much the best thing I've ever heard.

And that is the story of this comic. 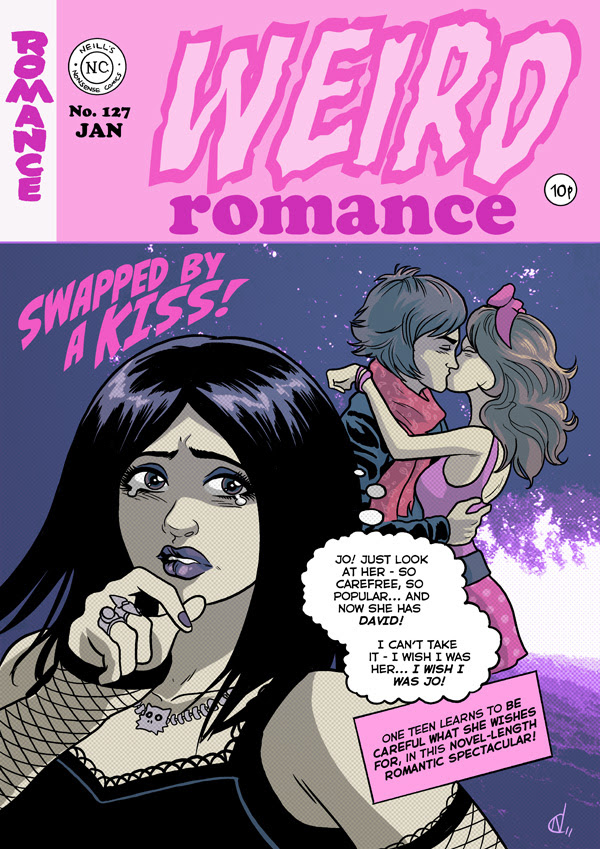 I had a bit of spare time today, so I was able to indulge in once of my favourite pasttimes: drawing fake covers for nonexistent romance comics! In this case it's for a nonexistent comics adaptation of Luisa Plaja's teen bodyswap romantic comedy novel, Swapped By a Kiss.

I read Swapped... after meeting Luisa at the Random House Children's Books Christmas party (which I blogged about here), and thinking that a teen bodyswap romantic comedy sounded right up my alley. And so indeed it proved! Funny, charming, heartfelt, and with a throrough appreciation of both the 80's bodyswap genre of cinema (for my money, the BEST genre of cinema) and of comics culture running through it, it's an extremely enjoyable book, and one I would entirely recommend. And yes, I know I'm not a 12-year-old girl. What, a grown man can't enjoy teen bodyswap romantic comedies now? What kind of a society are we living in, anyway?

Anyway, drawing this has pretty much confirmed for me that I basically want to draw a bunch of romance comics, right away. More soon!