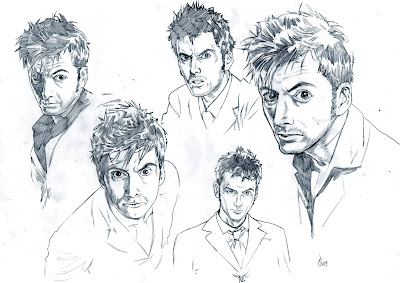 Did I mention I am a bit of a nerd for Doctor Who?

Going to get that dude's face right one of these days, swear to god.
Posted by Neill at 06:56 4 comments:

Email ThisBlogThis!Share to TwitterShare to FacebookShare to Pinterest
Labels: doctor who, sketchbook

Today's date from... circa 2007, I think, and are character designs and random doodlage for a story tentatively titled 'Flotsamville', which is kind of a martial arts fantasy adventure in the Mighty Thumpculture Manner... 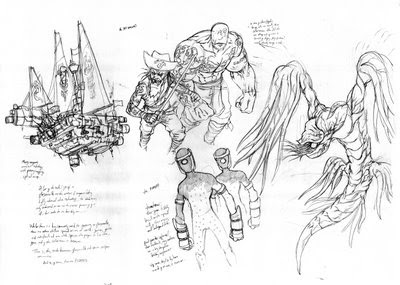 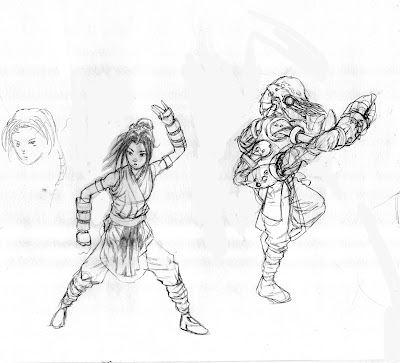 There's also a tiger involved, I seem to recall.

EDIT: I've left my scrawly notes on here so as to give an accurate idea of what my sketchbooks look like. I have whole sketchbooks that actually end up mostly full of writing, which is probably kind of ass-backward. But anyway, don't read if you don't want some story I might get round to writing some day vaguely spoiled for you. I just felt I should put that warning in there.

I am currently in full-on Work Mode, which always tends to mean blogging kind of goes out of the window (along with any form of social activity or preparing meals more complex than a Scotch Egg Sandwich). Anyway, this seems kind of a shame, so thought I would start grabbing sketchbooks at random from my Big Brown Crate of Old Sketchbooks and posting them here. 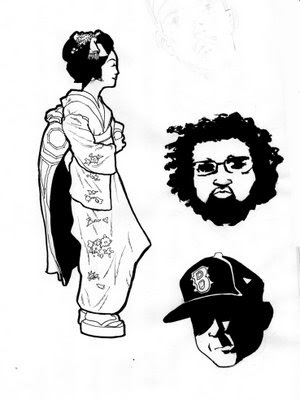 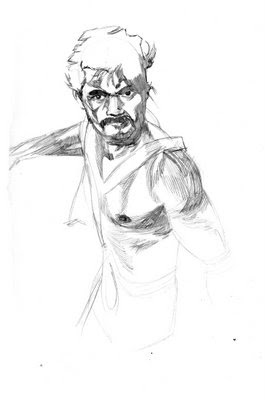 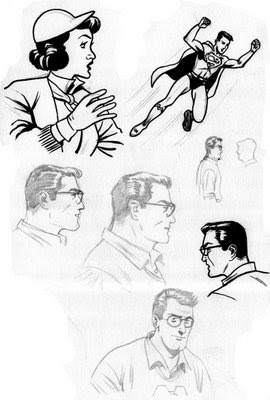 The last was part of my preparation for drawing An Hilarious Spoof strip written by James which was actually pretty funny but kind of went the way of all me and James' brilliant, hilarious collaborations: absolutely nowhere when we completely failed to finish or indeed start it.

More soon! As they get older they will only get more embarrassing!
Posted by Neill at 15:25 No comments:

I have been getting caught up with all the marvelous new timewasting possibilities offered by the internet under the guise of "social networking"1, and I have to say my favourite by far is Blip.FM, a rather clever system that lets you kind of build your own radio station and earn "props" for your musical choices.

It's like having control of the stereo at a party, except no-one can tell you to shut up and play something people actually like. (PHILISTINES). It is diverting, wonderful and hilarious, and I've already discovered some really great music via other people's 'blips'. Go look me up on there at blip.fm/neillcameron, it's way nifty.

Here is a mini embedded version of Neill.FM. I think you will agree it is highly awesome. What's that? Too much hip-hop? PHILISTINES.


I am also on Twitter now, at twitter.com/neillcameron but I'm still kind of getting my head round that.


1 Any clients / editors reading this: only joking, I work VERY HARD.
Posted by Neill at 20:34 No comments:

Email ThisBlogThis!Share to TwitterShare to FacebookShare to Pinterest
Labels: Linkage, shouldn't you be working?, things that are awesome

In addition to my work as an internationally renowned (ahem), award-winning (ahem ahem) and perpetually skint creator of comics, I like from time to time to keep the Clan Cameron in room and board by taking on bits of illustration work. For example, here are a couple of spot illos to accompany a magazine article about traffic safety: 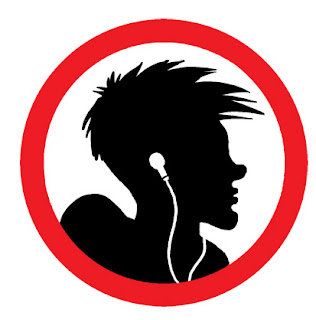 The moral here, kids, is not to listen to your iPod while crossing the street recklessly on your bicycle. 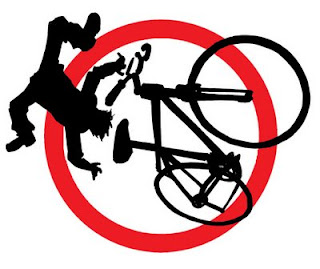 Anyway, I just had a bit of good news about another bit of recent work - an illustration I did recently for The Teacher magazine, to accompany an article about the phenomenom of 'cyberbullying':

I apologise for this nauseating backpatting, and shall attempt to redeem myself by giving you not one but THREE awesome things to look at on the interwebs:

Over on my 'other' blog Unified Review Theory, my esteemed co-reviewer James and I have recently recorded our very first podcast, in which we debate the relative merits of TV series Quantum Leap and the Cameron Family Motto. I think it is quite entertaining, but then I probably would. Why not go and have a listen and judge for yourself?

Please note that the podcast contains some sweariness, a bit of rudeness and a lot of general nonsense. Probably not for kids!

(Oh, that picture at the top? That was just to get your attention, really. It's for the cover of that traffic-safety comic I was working on a while back. Coming soon to a school near you!)