This weekend saw the third annual Phoenix Children's Comics Festival - or #PHOENIXFEST15, to hashtag it all up in here - at the Story Museum in Oxford, and an amazing fun time it was too. I was there on the Saturday and it was just stunning to be surrounded by such enthusiasm, creativity and sheer bursting-at-the-seams excitement for comics. And for OUR comics! Honestly, it's hard to put into words how great it was to see.

ANYWAY! As is my usual form, I was far too busy drawing robots for people to remember to take any photos of it all. But fortunately, some of my robots came to life and came along, so I could take photos of them! Look who I bumped into: 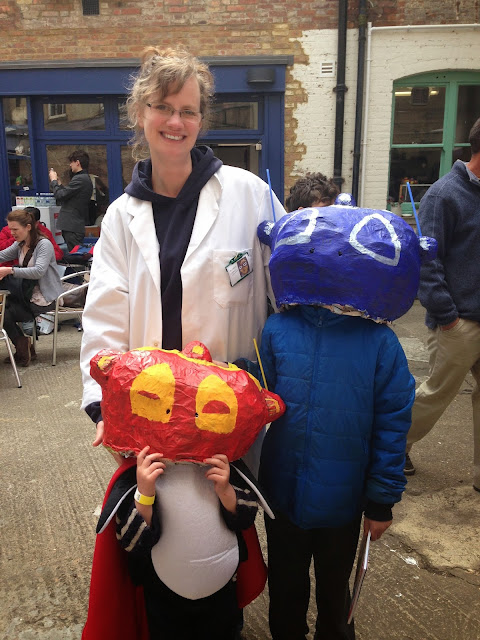 Which, obviously, rather completely made my day. And allowed us to quickly create the following: 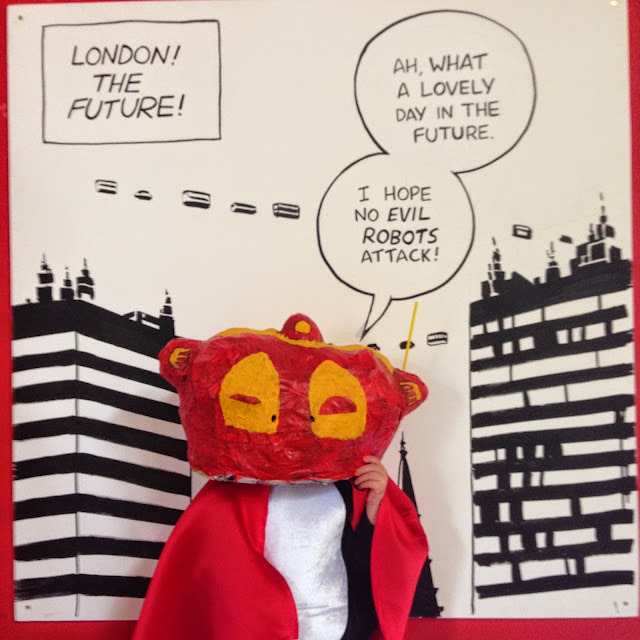 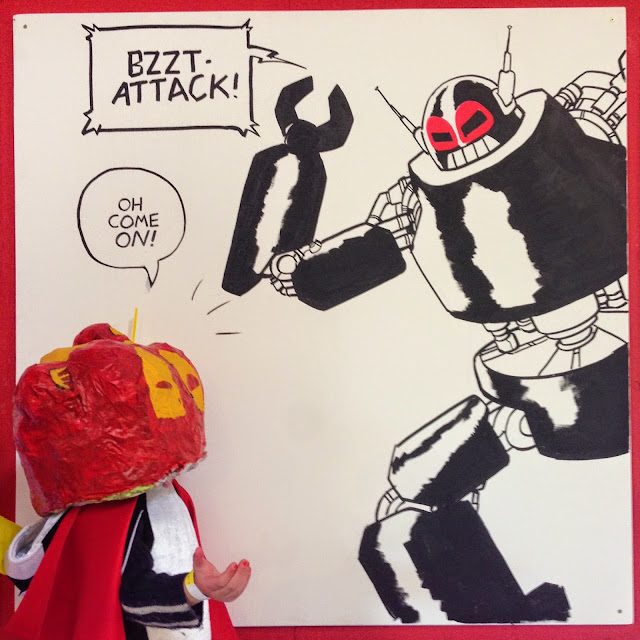 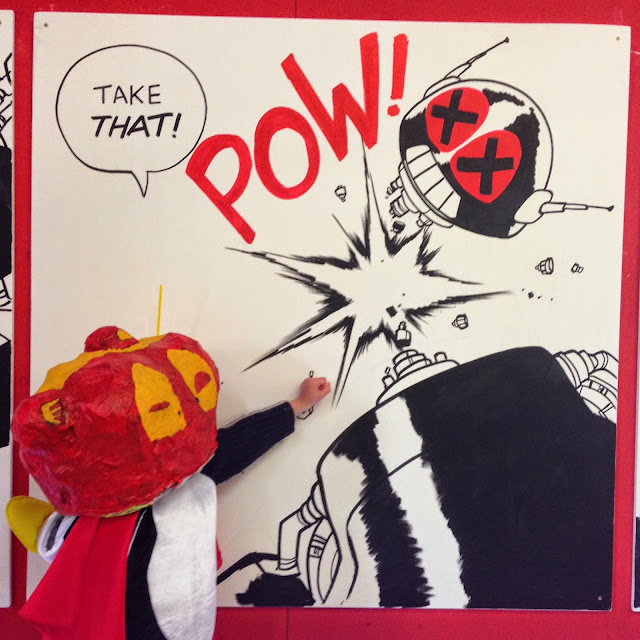 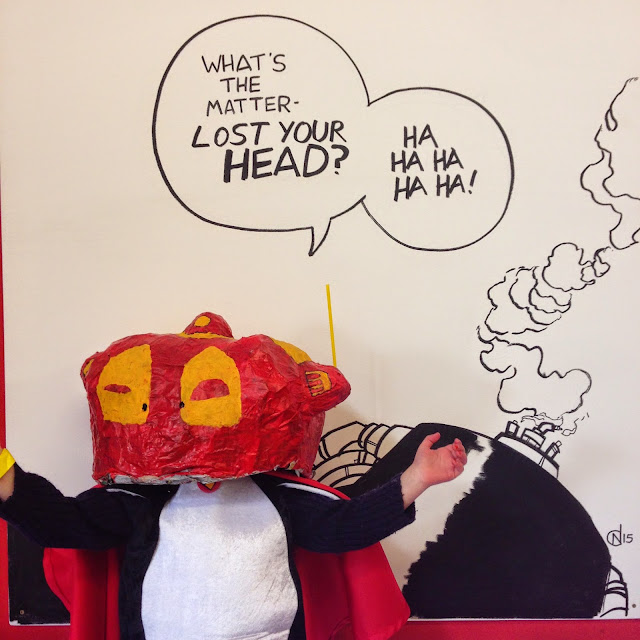 You'll notice that the kid who came cosplaying as Freddy was also SIMULTANEOUSLY COSPLAYING AS EVIL EMPEROR PENGUIN, and as such holds a pretty solid claim to being the most awesome person in the country.

Here for good measure is the Alex version: 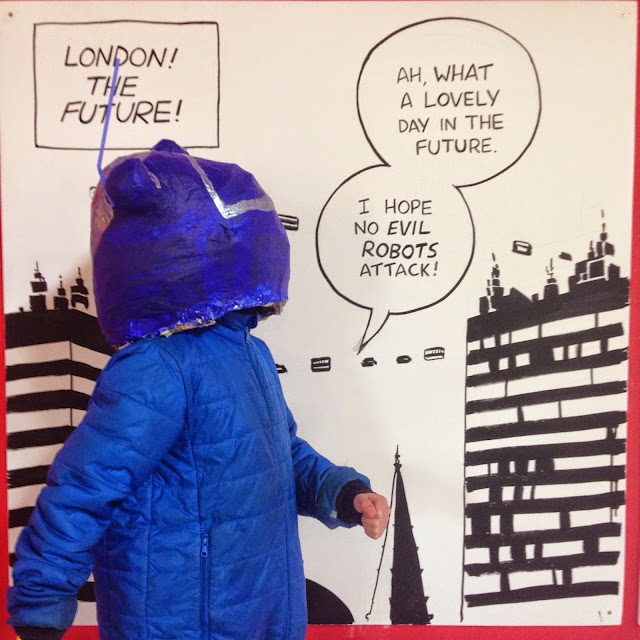 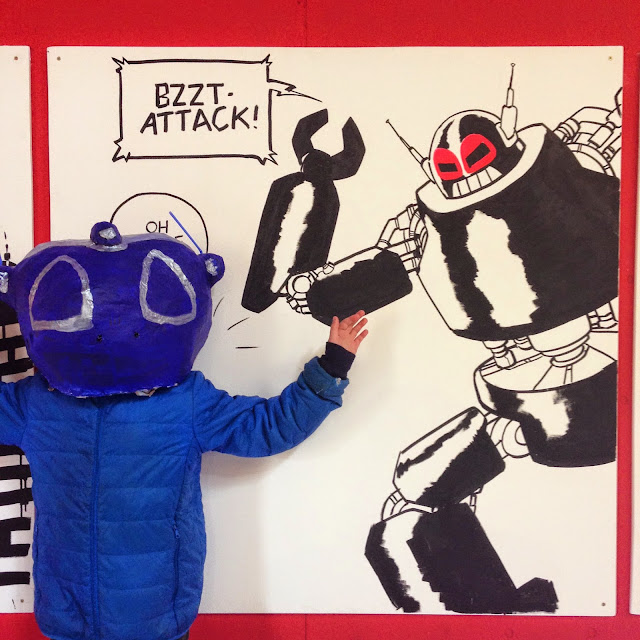 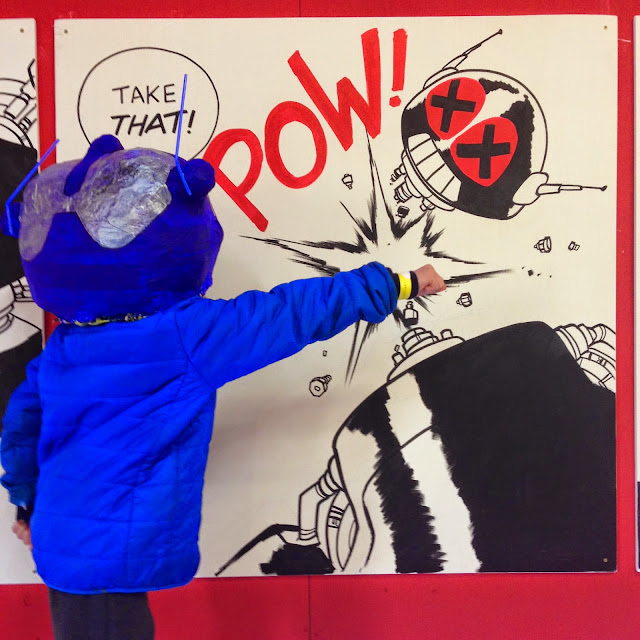 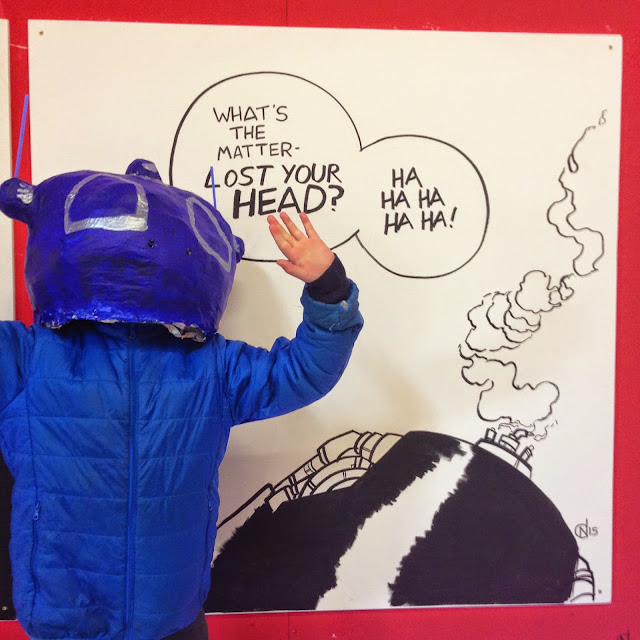 Just so much fun. I made those panels last week, volunteering on a Sunday and being filled with a  nagging worry that I really should have just taken a much-needed day off instead. I really hoped they would be a fun little bonus thing for kids and parents at the festival, and anyway, these pictures alone make it all pretty much worthwhile from my perspective. Thanks so much, Mega Robo Family!