Those fine people over at Devon Libraries are having a competition as part of The Big Draw in October to design fantastic, weird and wonderful creatures! The most fantastic, weird and wonderful will win prizes! There's some signed copies of Mo-Bot High in it for the lucky winners, for starters! And I will be helping to judge the entries. I promise to be fair, impartial, and completely immune to bribery. Unless anyone has any peanut butter m&m's. You DIDN'T HEAR ME SAY THAT. 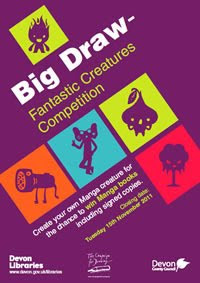 Full info over on the Devon Libraries site! And in case you were wondering about the singularly weird and wonderful creature at the top of this post, she/he (?) is the result of a game-of-consequences-type collaboration between myself and the ludicrously talented and famous cartoonists Sarah McIntyre (head) and Garen Ewing (body). I drew the feet. Looking at it now, I think maybe we each modelled our sections after ourselves. Appropriated / recycled from the Super Comics Adventure Squad blog, lo these many years ago.

Upcoming Awesomeness, plus A Brief Explanation of Invisibility 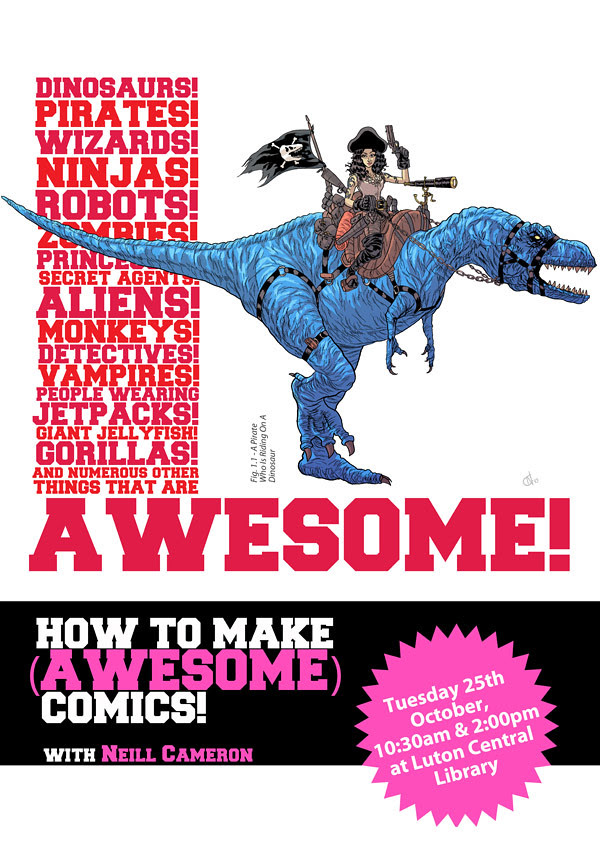 Hello! I'm doing a couple of workshops and stuff next week, and Lo Here Are The Details:

If you're in the area, or know anyone with kids who might fancy diverting them for an hour or two with robots and monsters and kung-fu zebras and such, do let them know! I will of course be selling and signing copies of Mo-Bot High at all events!

Other than THAT - look, I know I've been nigh-invisible in terms of blogging and tweeting and facebooking and g+ing and such lately - god, I'm exhausted just listing it all. This invisibility has extended to going along to comics conventions and events etc. What can I say, it's always the case as a freelancer that when one is the busiest, that's when one can kind of disappear from the face of the earth a bit. Just last week I was really sorry to miss the launch party in London for the Etherington Bros' Baggage, the brand new release from the DFC Library that looks absolutely fantastic and is just about the most exciting and positive thing one could hope for in British comics. Anyway, m'colleague Sarah McIntyre went and wrote a great report of the night on her blog, so go read that!

Essentially, I'm just flat-out, nose-to-the-wacom on all manner of exciting, awesome, fantastically superlicious stuff for The Phoenix, and between that and, y'know, parenting, that's pretty much all 28 hours in the day accounted for. But hey, it's not long now till January 7, 2012, when you'll get to see all the fruits of this uncommunicative busy-ness for yourself! 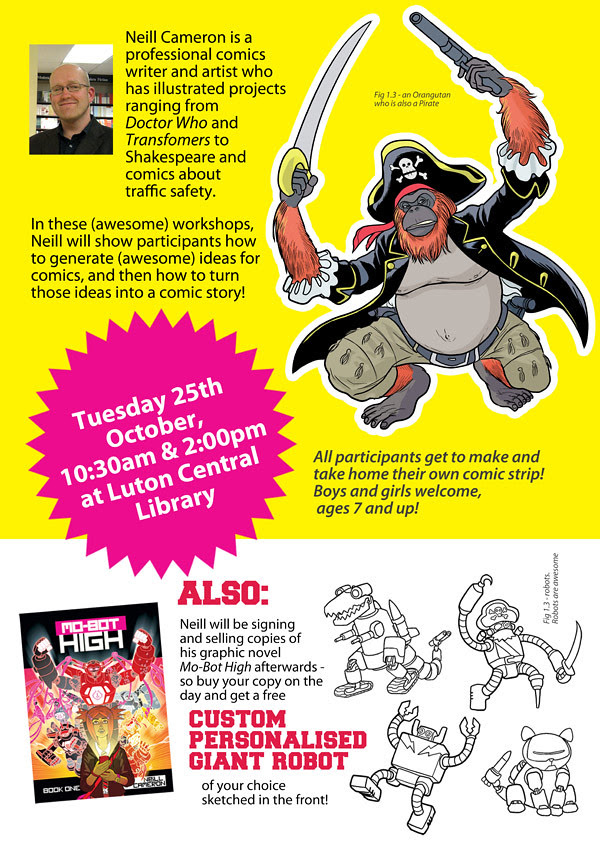 PS Not really "till then". I will totally be blogging between now and then.