Tamsin and the Deep 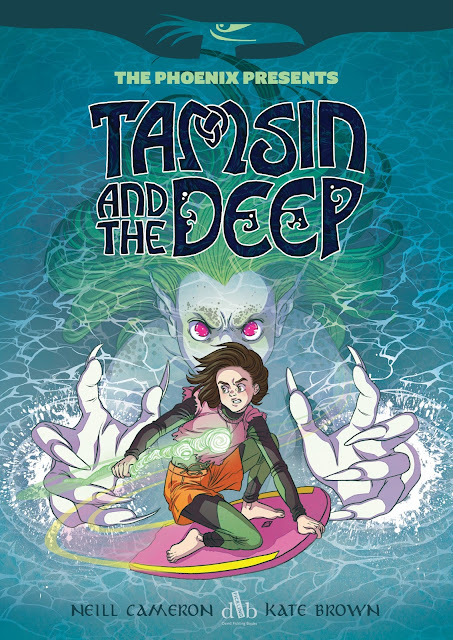 My new book with Kate Brown, Tamsin and the Deep, came out a couple of weeks ago from David Fickling Books. It's a collection of the strip of the same name which appeared in The Phoenix, a 96-page graphic novel in four chapters in which we meet the 10-year-old Tamsin Thomas and see the quite extraordinarily strange direction her life takes after one ill-fated trip to the beach. 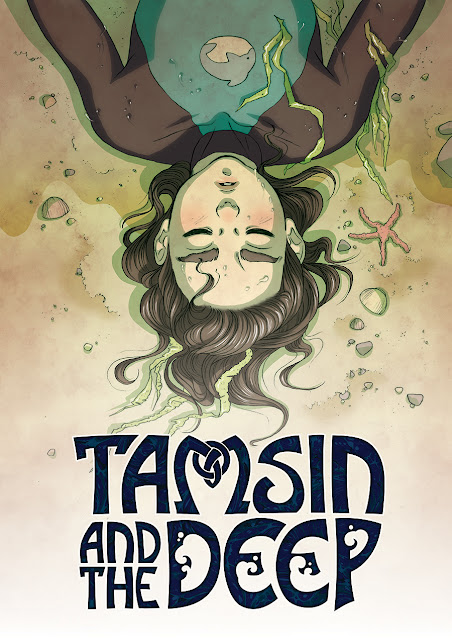 It's a story that grew over several years of spending time down in Cornwall, visiting family, and becoming slowly more and more obsessed by the fantastically strange folklore that abounds in the place. I was beyond delighted that Kate was up for drawing it, and she's done such an amazing job with it, bringing so much character and life and wonder and, fine, I'll say it, magic to the story. 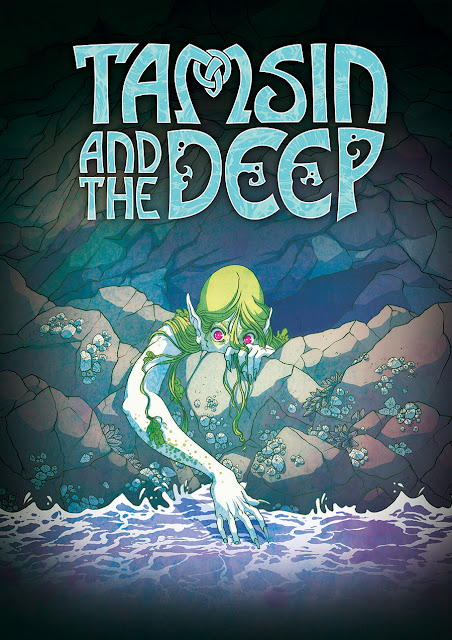 People always ask about the target audience / age range for these things - in this case I'd say it's principally aimed at kids about 7-12. I'd be wary of going much younger because there some scary and upsetting things that happen. But on the other hand one reviewer said that their 4-year-old loved it and got to the end and immediately wanted to read it again, so what do I know? Your mileage may vary, and (hopefully) you know your own child best.

Anyway, I hope you'll check it out; it's my best attempt, basically, at making the kind of comic I'm always saying we need more of. Available from all good bookshops, or get it direct form the Phoenix store!

Kate's already nearing completion on the sequel, Tamsin and the Dark, and that one... man. That one's just nuts. Starting in the Phoenix soon!

While I'm here, I thought I'd share some (more) amazing pictures. As I mentioned, the basic idea for Tamsin and the Deep was inspired directly by reading up on lots of Cornish folk tales, but the form the story took was really crystallised in my head after going to see an exhibition called Aquatopia (if I recall correctly) at the Tate in St Ives a few years back - a collection of all kinds of pieces from all over the world, with the general theme of 'the Imaginary Underwater'. It was full of diverse and amazing wonders, from Kuneyoshi to Gustav Dore to Turner, and was honestly one of the most inspiring and exciting things I've ever seen in a gallery. Anyway, I tried to find as many of the works as I could online, and some other stuff along similar lines and put them together in a kind of 'mood / inspiration board' on Pinterest to share with Kate.


I've now set it to public, so please feel free to go and have a look and see all the weird spooky mind-blowing masterpieces your mind can handle. (Please note, a couple of the images might be considered NSFW / not for kids. I'm thinking mainly here of Hokusai's Octopus. Go check it out, you'll see what I mean.)


Thank you for your attention! I hope you enjoy meeting Tamsin. 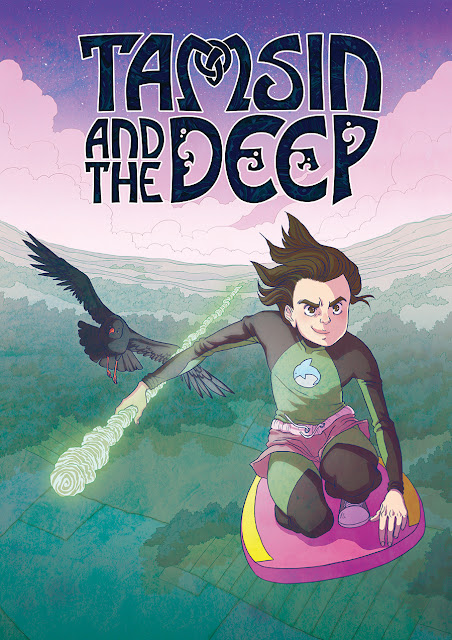