Whatever Happened to the Binman of Tomorrow?

...going to have to use that as a story title someday. 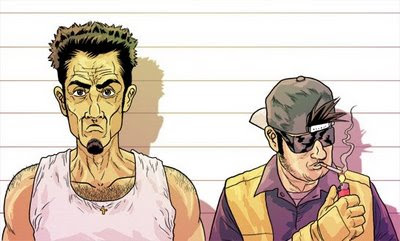 Anyway, coming after yesterday's retro fun I thought I'd post the above - a snippet of a brand new strip featuring my much-beloved (by me) sweary binmen of old. It is done, drawn and coloured, and it is also much less rubbish than usual as it was script-edited / kicked into something resembling coherence by none other than living comics legend Alan Grant.